Many see Solvency II rules as a largely British export to Europe, but once the UK leaves the EU, the remaining member states are likely to take the directive in a new direction. Callum Tanner reports

The biggest insurance market in Europe is leaving the EU. While most of the press has focused on what this means for UK regulation, it is likely the departure will also have a profound impact on the long-term direction of regulation within the remainder of the EU.

Historically, the Bank of England has exerted a big influence on Solvency II, but its force is waning.

Although it will probably participate in the review of Solvency II in 2018, it is unlikely to play a major role.

"If the UK remains close to the single market, the impact on Solvency II is likely to be low. If there is a clean cut between the UK and EU, then it will be much bigger," Frank Grund, head of insurance supervision at German regulator BaFin, told InsuranceERM.

"It would be crazy not to admit that British influence on the future make up of Solvency II is diminished" Hugh Savill, ABI

Even if the UK remains a member of the European Economic Area (EEA), it is likely – following the example of Norway – that it will not have voting rights among EU supervisors and be relegated to an "observing member". It will also no longer have representatives in the European Parliament or functionaries in the European Commission.

Hugh Savill, director of regulation at the Association of British Insurers (ABI) laments the loss of UK power in the EU compared to when Omnibus II was being negotiated in 2014.

"You have to remember that when Solvency II was created the British influence was extraordinarily strong," he says. "We had Sharon Bowles as chair of the Economic and Monetary Affairs Committee and Peter Skinner who was working very hard on behalf of the industry.

"It would be crazy not to admit that British influence on the future make up of Solvency II is diminished."

Given that Solvency II was a delicate political compromise, it is easy to see how Brexit favours certain positions.

The biggest debates currently raging between the European Commission and the European Insurance and Occupational Pensions Authority (Eiopa) concern whether the ultimate forward rate (UFR) should be lowered, and whether firms should have to hold capital against sovereign risk. 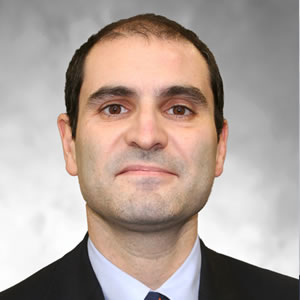 Eiopa has recommended a gradual lowering of the UFR from 4.2% to 3.7%, and said sovereign risk charges should be introduced, but the Commission has hinted it will resist on both fronts.

Before the EU referendum in June, the PRA was siding with Eiopa. This is leading some to bet that one of the consequences of Brexit is that the UFR is less likely to be changed.

"From a European ex-UK perspective, the removal of the British chair from the table must mean that the UFR is more likely to stay as it is," says Eugene Dimitriou, head of insurance solutions at Columbia Threadneedle Investments.

The shock reactions to Brexit by bond and stock markets has suggested that now is the right time for stability, and pressure from the Commission appears to have worked for now. On 30 September, Eiopa confirmed that the decision on whether to change the UFR had been delayed until early 2017.

BaFin, which is opposing changes to the UFR, says the final decision will be based on a political compromise. That could mean MEPs and the Commission having the final say on the UFR, without UK representatives there to potentially oppose a German blocking of reform.

On sovereign risk, arguably another power shift is taking place. 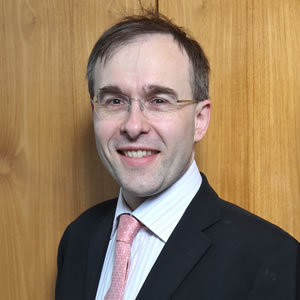 "On sovereign risk, the UK absence from the debate could tip the scales away from outright charges," says Paul Fulcher, head of ALM structuring at Nomura. "Generally it seems the focus is on concentration risk, rather than outright sovereign exposure. If there are modifications it could be concentration risk charges applied to sovereigns, or indeed credit charges for sovereigns above a certain concentration threshold."

Savill at the ABI explains that in Eiopa's supervisory board, each member state has one vote. "But most decisions don't usually get to a vote," he says. "Lots of markets get heavily swayed by the larger ones because that's where the technical experts are, so the UK has historically had more influence than an average EU member state.

"The PRA has taken the view that you ought to model sovereign risk in standard formula, which has been frankly quite difficult to argue against."

A UK exit from the EU therefore leaves regulators across southern Europe, including the Italian, Spanish and Portuguese regulators, in a stronger position across both banking and insurance. They could now be preparing to grasp the advantages offered by Brexit and potentially block any proposed charges for sovereign debt.

Given that some elements of Solvency II were designed with the UK market in mind, this also leaves a question over how European regulators might want to reform the directive to make it more specifically applicable to continental firms.

The matching adjustment (MA) is a case in point – there are 24 UK firms using it, but precious few elsewhere.

"On sovereign risk, the UK absence from the debate could tip the scales away from outright charges" Paul Fulcher, Nomura

Jan Parner, deputy director general at the Danish FSA says he will be raising concerns about aspects of the MA in the review of the long-term guarantees package at the end of 2020.

"We are reviewing the details of the matching adjustment and assessing why firms in Denmark were unable to use it," he says. "With Spain set to be the only remaining country in the EU to have any use of the MA, other member states will also likely look into the possibility of changes."

This is particularly worrying for UK regulators and insurers if the UK remains in the single market and is governed by Solvency II, given that in this scenario the PRA would have no right to vote on how the MA is reformed. Asked what changes could be made to the MA to make it more versatile for continental European insurers, Parner says it is too early to say. 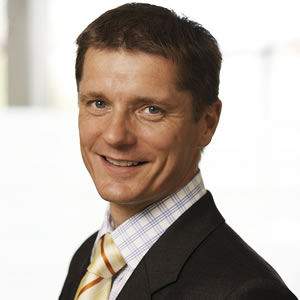 Eiopa is yet to make a decision on precisely how the volatility adjustment (VA) should be used by internal model firms, but supervisors have inconsistent rules that the authority will want to stamp out.

Unlike the PRA, most supervisors across Europe – including those in France, Germany and the Netherlands – allow the VA to be applied "dynamically". This means internal model firms can attempt to model changes in the value of the VA under stressed conditions.

"On the VA, it does feel like Eiopa needs to opine one way or the other on whether the VA can be used under stress," says Fulcher. "The UK's view was out of line with others, so a dynamic VA could now be explicitly allowed in internal models."

The removal of UK influence on this point is particularly impactful given the UK has approved more internal models than France, Germany and Italy combined. Given the majority of internal model firms in the remaining EU member states will be modelling a dynamic VA, ruling this as against Solvency II rules in the future now seems unlikely.

The final area of Solvency II reform impacted by Brexit, and closest to many UK lobbyists' hearts, is the risk margin. Unlike sovereign risk charges, the Commission included this in its July letter to Eiopa for consideration and the risk margin's appropriateness will therefore be assessed in 2018.

"The problem is this still seems to be a UK-only issue, even though we know it makes up more of the capital requirements under Solvency II across Europe than was ever intended," says Savill.

He says his hope is that Eiopa will in any case investigate the data and see that the risk margin needs to change given where interest rates are today. Savill says, however, that like on so many other issues, a strong UK voice for reform has been lost, and the issue may fall to the back of the queue, given it is a minor concern for markets aside from the UK.

Overall, whether it's on the issue of the UFR, sovereign risk, VA or risk margin, one side of each debate will almost certainly lose an ally as a result of Brexit.

From a UK industry perspective, it would seem as though Solvency II is about to shift towards a less economic, anti-reformist interpretation, and may encourage thoughts about a 'harder' split from the EU.

What's next for the MA and VA?

What Solvency II reports need to say about the coronavirus