Karel Van Hulle: “I want the objectives of Solvency II to be remembered”

As a former head of insurance and pensions at the European Commission, Karel Van Hulle was central to the development of Solvency II. To coincide with the launch of his book on the directive, he talks to Christopher Cundy about its gestation, flaws and future development 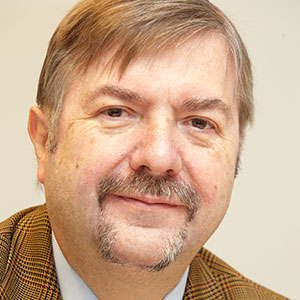 Karel Van Hulle is often described as the "godfather of Solvency II", so it is no surprise he takes an ongoing interest in the development of the EU's landmark insurance regulation.

And when the Belgian former regulator decides to write a book about it, you can be sure the text will be dedicated, honest and compassionate: acknowledging its flaws, while at the same time vigorously defending the concepts.

The book falls into two segments: the first part covers the reasons why Solvency II was needed and how it was developed. The second part decodes the legal text, putting into plain English what the framework is trying to express, and why.

In part one of this Q&A with InsuranceERM, Van Hulle discusses his reasons for writing the book, the difficult process of passing the legislation, and the real-life implications of living with Solvency II.

Why did you decide to write this book?

I decided to write this book to ensure the objectives of this important regulatory reform would be remembered. I also wanted to write a book that would be accessible to a broad audience as most of the literature concerning Solvency II is extremely technical.

My book offers a holistic view of Solvency II explaining its relevance, not only for insurance undertakings, for supervisory authorities and for policyholders, but for society as a whole.

That is the reason I insisted with the publisher the title of the book should contain the message: "Solvency II is good for you".

Reading the book I was reminded of the difficult gestation of Solvency II. Not only did new features need to be added in light of the financial crisis and low-rate environment, but it was also competing against banking regulation for legislators' time; it was produced at the same time as the European supervisory authorities were being reformed; it was the first insurance initiative to follow the Lamfalussy approach; there was the subsequent requirement for 'Lisbonisation' ... the list goes on. What are your memories from that time? Were there many years of frustration?

As I indicate in the book, there was a lot of excitement about this reform among interested parties. The preparatory process was carried out very professionally and a lot of appreciation was received from market participants when the European Commission's proposal was tabled in 2007.

However, as always with important reforms, there were controversial issues, such as group support, proportionality, group supervision and the treatment of investment in equity, which delayed the final adoption of the Framework Directive.

The negotiation of Solvency II took indeed place in the middle of the financial crisis. This brought new issues to the table. There was fear the regulatory reaction following the banking crisis would spill over to insurance.

If Solvency II had come out in 2008, I fear it might not have seen the light of the day – or the negotiation of the proposal would have taken many more years as is the case with IFRS 17 or with the International Capital Standard of the IAIS.

Fortunately, when the crisis broke out in 2008, we had already agreed on the basic principles of Solvency II, such as the total balance sheet approach, a market consistent valuation of assets and liabilities and the possibility to use internal models.

You say you were very keen to keep the reforms principles-based?

I knew entering into further detail in the Framework Directive would have made an agreement very difficult as people would lose themselves in technicalities. I was confident we would be able to resolve the technical issues at the level of the implementing legislation.

That became difficult in the end when the co-legislators wanted more control over the implementing legislation, following the Treaty of Lisbon, which had given more powers to the European Parliament. That basically killed the Lamfalussy approach. It brought the whole technical debate to the political level, which is not the right level to discuss issues such as the valuation of technical provisions.

However, the new legislative approach also gave more powers to Eiopa. That in the end saved Solvency II when the negotiations on the long-term guarantee package in the context of Omnibus II were fully blocked in the Council and in the European Parliament.

How did Eiopa manage to save Solvency II?

As I describe in my book, the discussions around Omnibus II and the treatment of long-term guarantees made many people in the insurance industry question the usefulness of the reform.

Rather than to embrace the reform and to adapt their business model to the changed economic environment, some insurers wanted to continue selling the products they had been selling so successfully in the past.

That was possible under Solvency I as that regime was not fully risk based.

We should be grateful to Eiopa that it reminded the European Parliament, the Council and the Commission time and time again that a reform of the Solvency I regime was necessary and urgent.

The economic climate had changed and only good risk management would allow the insurance industry to survive and to continue playing its role. The political authorities therefore rightly asked Eiopa to assist them in developing the final compromise.

The discussions around Omnibus II were particularly frustrating. They should however not make us forget that the development of Solvency II is the result of many years of excellent co-operation between many actors.

Do you think Solvency II has had a thorough "real life" test yet? We are three-and-a-half years in, and the low-rate environment has been worse than some of the stress tests, and we have had high catastrophe loss years in 2017 and 2018.

Yes, I believe Solvency II already had a thorough "real life" test. The fact that 3,000 re/insurance undertakings in 28 member states were able to implement the complex requirements very smoothly in a difficult economic climate is in itself evidence of success.

I do however agree with you that a reform such as Solvency II can only show its success after a period of at least five years.

I am not an advocate of regular legislative changes. We have already had too many changes since 2016. It is therefore crucial to prepare the 2021 review of Solvency II very carefully, to make only those changes that are really necessary and to give insurance undertakings enough time to introduce those changes.

The most notable insurance failures in the UK market in the last couple of years have involved Danish insurers (Alpha and Qudos). In both cases, their solvency appeared healthy ahead of them finding trouble. Are we sure Solvency II is flagging up the right kinds of risks?

I am not familiar with the details of these cases, but I believe they involved questions of market conduct supervision and of supervisory cooperation and not so much about solvency.

Technically speaking, Solvency II only covers the solvency requirements of re/insurers. However, it was decided in 2006 to include in the Framework Directive the whole body of insurance regulation that existed prior to the development of Solvency II.

That part of insurance regulation was not changed. It is exactly there that things went wrong.

Eiopa has been very active in promoting market conduct supervision and co-operation between insurance supervisors. Improvements are certainly possible in these areas. Some improvements have already been included in the recently adopted reform of the European System of Financial Supervision.

The whole regulatory regime should be such that it ensures the well-functioning of the internal market. I believe that this message has been understood and that there will be better cooperation between supervisory authorities in the future.

That also takes time. It is not just a question of having the proper rules. It is also a question of human beings working together with the right attitude.

You say you never liked Solvency II's long-term guarantees (LTG) package. How could it be improved?

The LTG package was not designed to provide an answer on how long-term guarantees should be dealt with under a risk-based solvency regime.

It was a quick-fix that would allow insurance undertakings to continue their existing business models without too many changes.

The right approach would be to design a regime that provides a solution for all long-term insurance business and that works under all circumstances. This is difficult as we are talking about the future and the future is, by definition, uncertain.

How should Solvency II provide a better treatment for long-term business?

I am in favour of a principle-based solution that does not include a range of technical adjustments as is the case now.

A good example is the matching adjustment. It was not designed to provide a solution for long-term insurance business where the long-term liabilities are fully matched with long-term investments, but as part of a compromise that gave everybody something.

Are you happy with the current methodology for calculating the risk margin?

I believe there should be a risk margin. This is part of the valuation approach for technical provisions that was agreed under Solvency II.

I do however agree the present methodology might be too prudent. We need to avoid introducing in the calculation of the risk margin an additional level of prudence, which goes beyond a market consistent valuation.

You seem to suggest that supervisors have not really adhered to the principles of proportionality in Solvency II. Does the directive really need amending, or is this something that Eiopa could do more to encourage consistency on?

There is a natural tendency for supervisory authorities to believe in the normal application of regulatory requirements and to be reluctant to allow a departure from these requirements.

Although Eiopa seems to suggest there should be more room for proportionality, we should not forget Eiopa is composed of supervisory authorities and it is unlikely action by Eiopa alone will therefore be sufficient to provide for a better application of the proportionality principle.

I am therefore pleading in my book for more direct allowance of proportional treatments in the regulation itself. For instance, by directly exempting small and/or medium-sized insurance undertakings from certain requirements, such as the publication of a detailed Solvency and Financial Condition Report or by prohibiting member states from imposing too detailed governance requirements for small and medium-sized insurance undertakings.

Achmea's profits slashed by half amid Covid-19 turmoil

Equality in insurance: what actions beyond the words?