Macro risks are piling up for insurers, prompting US regulators and lawmakers to suggest bringing back the "systemically important financial institution" designation. Sarfraz Thind reports

Leverage, inflation, sharply rising interest rates, a global downturn: the risks for insurers are mounting up in 2022. The usual response at times like these is more regulation. At a meeting of the Senate Banking Committee (SBC) earlier this month, talk of reviving the systemically important financial institution (Sifi) designation for non-bank entities was mooted by no less than the US Treasury Secretary, Janet Yellen. Insurer ears pricked up.

"It's going to spur companies like us and our peers across the insurance sector to contact Treasury and see is there anything there or was it just posturing?" says one insurance executive who asked to remain anonymous.

Most thought Sifi status to be dead and buried when the Financial Stability Oversight Council (FSOC) introduced its activities-based approach to monitor insurer systemic risk in 2019, following the decade-long Sifi experiment.

So could US insurers be about to be hit with rules that could send them back to the post-financial crisis era of regulation?

The concept of Sifis was created as a way to deal with giant entities that could pose systemic risks to the financial system and economy. 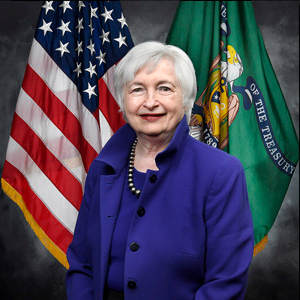 One of the major culprits of the 2007/08 crisis was AIG whose large losses on structured products filtered out across international markets. This led to the designation being pushed out into the insurance market and eventually tarred three major insurers – AIG, Metlife and Prudential Financial – with the Sifi brush.

The legacy of AIG and 2008 persists, as witnessed in the meeting of the SBC this month.

"It was the collapse of a few non-banks, the investment companies Lehman Brothers and Bear Stearns, the insurance giant AIG that triggered the crisis," said Democratic Senator Elizabeth Warren, the main proponent for a Sifi revival, when questioning Yellen.

"In response, Congress created FSOC to prevent such a crash from ever happening again. And one of the most powerful tools we gave [it] was the ability to designate non-bank firms as...systemically important financial institutions and subjected them to the same oversight as the too-big-to-fail banks."

Calling out the Trump administration for "weakening" the powers of FSOC to oversee non-banks in 2019, Warren went on to reference a letter written by Yellen at the time which said Trump's move would "make it impossible to prevent the build-up of risk in financial institutions whose failure would threaten the stability of the system as a whole." She then asked the latter whether the Trump administration's actions might be reversed.

"We're looking at this very carefully and examining what our options are," said Yellen. "We'll be discussing this with other members of the council, so I continue to hold the same set of views." 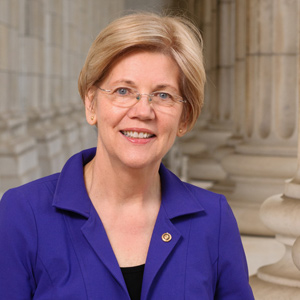 Given the rampaging risks in the market, it seems that Warren's argument for more Fed oversight on non-banks is as pointed as it has been for some time.

While Yellen did not name the insurance industry in relation to a Sifi revival at the SBC meeting, there is no doubt insurance risk is on the minds of the Federal Reserve.

In its quarterly Financial Stability Report, published concurrent with the meeting, the Fed called out the significant levels of leverage in life insurer portfolios, which currently stand at the highest levels for two decades, as the industry has piled into risky assets to get higher yields.

"There certainly are parts of the financial system where there may be leverage...[the report] noted insurance companies and some hedge funds as leveraged entities that could be vulnerable in a rising interest rate environment," Yellen said at the meeting.

The removal of Fed oversight in 2018 was viewed unfavourably by rating agency Moody's.

In a note about Prudential Financial, Moody's said the Fed "was well suited to regulate its multiple lines of business in global jurisdictions and limit non-bank Sifis' ability to take outsize risks. Policyholders and creditors will lose this additional layer of regulatory supervision and protection."

"We felt large, global insurers benefitted from the oversight of the Federal Reserve"

While the rating agency has not revived its analysis of federal insurance regulation since then, it says there remains a lack of formal group regulations in the country, as was promised in 2019, which implies continued concerns on the oversight of large insurers.

"Back when the Sifi designations ended, we said their removal was credit negative, because we felt large, global insurers benefitted from the oversight of the Federal Reserve," says Laura Bazer, Moody's vice president.

"A lot has changed since 2018 — including more sharing of information among the NAIC [National Association of Insurance Commissioners] states, and among global regulators — but there is still no formal group regulation in the US. You could say that in 2018 when Moody's last commented, it deemed Fed oversight as beneficial in the absence of formal group regulation."

The agency's concerns may well be justified given a lack of movement by the Fed on tackling insurance rulemaking.

In January this year it issued further proposals for a framework for the supervision of insurance-based SLHCs that, among other things, provides supervisory expectations with respect to governance, controls, and capital and liquidity management.

Neither of these proposals has yet been finalised.

Insurers and their industry representative bodies are maintaining their arguments that systemic risk regulation is unnecessary.

"We don't believe life insurers are generally a source of systemic risk to the financial system, and that's a message we will continue to communicate as needed," says Mariana Gomez-Vock, vice president and deputy, policy development at the American Council of Life Insurers.

"We understand FSOC is evaluating whether a variety of non-bank financial institutions should be considered for Sifi designation. But we are not aware of any plans to designate insurers."

The NAIC, meanwhile, is not drawn to comment on the Fed but holds with its long-standing position that "the traditional business of insurance is not a systemic risk".

According to the anonymous insurance executive, taking only the comments at the SBC meeting, a revival of Sifi seems unlikely. They believe the proposals for more regulation of non-bank entities were aimed at private equity companies and hedge funds.

"If we were to reinvigorate the designation process domestically that would be a big problem," they say.

"I would be surprised if the Treasury began doing domestic designations of non-banks, including insurance companies, because there's a broader holistic framework on systemic risk that's being undertaken by the Financial Stability Board, and by the IAIS [International Association of Insurance Supervisors]. Warren didn't have insurance companies in mind. She had private equity companies in mind. She hates the private equity firms."

Even so, given the entanglement of private equity and insurance these days, it could support the argument for systemic regulation of insurers.

And if insurers escape the Sifi designation, the executive feels there is potential for a revival of FSOC, which has been baring its teeth again after a near half decade of somnolence.

"During the Trump administration many people were calling FSOC a book club," they say.

"But back in January of last year the White House made a statement that they were going to reinvigorate the FSOC and try to get it back to its Dodd-Frank glory days."

Much will depend on how the current year of extravagant risk plays out and whether asset leverage warnings prove the Fed's concerns right or if the industry is, indeed, secure in asserting its non-systemic status.

The US Climate Survey: good, bad and ugly