What's on the horizon for Bermuda's re/insurance market

Bermuda has hosted a thriving re/insurance sector for decades, successfully capitalising on a string of opportunities that have arisen in the global markets.

The business of uniting risk with capital is constantly changing in response to economic, technological and regulatory pressures. For Bermuda to maintain its position, it is important the islanders stay on top of those trends.

One of the people keeping an eye on the scene is Gokul Sudarsana, a Bermuda-based director at consultancy Deloitte who works in its actuarial, risk and analytics practice. He spoke to InsuranceERM about some of the challenges and opportunities ahead for the market.

Gokul Sudarsana is hosting a panel discussion on regulations at InsuranceERM's Bermuda conference on 29 October, alongside the BMA's Craig Swan and Sylvia Oliveira, Wilton Re Bermuda and John Hele, Resolution Re.

For more details and to register, see https://www.insuranceerm.com/content/events/insurance-risk-and-capital-bermuda-2019.html

Solvency II and US equivalence

A key strength for the island is the full equivalence of its regulatory regime with the EU’s Solvency II, which grants Bermudian reinsurers commercially equivalent treatment as EEA reinsurers, allows Bermudian insurers to use local capital rules, and reduces the burden of group supervision.

However, countries granted equivalence must go through periodic reviews to ensure they remain in step with Solvency II – a process Bermuda is undergoing  now.

“The BMA is actively engaged with both Eiopa and other supervisory bodies globally to ensure that Bermuda continues to apply leading regulatory practices,” says Sudarsana.

From the US perspective, Bermuda has “qualified jurisdiction” status with the National Association of Insurance Commissioners (NAIC). But a new concept of “reciprocal jurisdictions” is being developed by the NAIC echoing the covered agreement with the EU and the UK that was signed in 2017.

Sudarsana says Bermuda’s US-facing reinsurers will see the most benefit from this, with a much more streamlined recognition process than under the current qualified jurisdiction system.

Another area of regulatory reform in Bermuda is around its special purpose insurer (SPI) legislation – for the kind of vehicles that are used to issue insurance-linked securities (ILS) and collateralised reinsurance.

Sudarsana says the reform aims to clarify certain features of collateralised reinsurance, as well as certain principles underpinning the intention of SPIs, so transactions can run smoother and the potential for disputes minimised. The proposed changes will also introduce a new class of collateralised reinsurer with potentially broader application than the existing SPI class, while retaining SPIs for appropriate transactions.

Bermuda has been home to more than two-thirds of ILS issues, but other jurisdictions like Guernsey and Singapore have been developing similar regimes to try and attract the business.

“We see Bermuda’s reforms as a step in the right direction to sustain that competitive advantage and make sure it remains known as the ILS hub globally, particularly as the popularity of collateralised reinsurance grows across the industry,”  Sudarsana says.

US tax reform and Brexit

Changes to US tax laws and Brexit are still relevant regulatory topics, but the market continues to wait for further developments on each front, Sudarsana says.

US reforms at the start of 2018 brought concerns risk insured in Bermuda would leave the island and be brought back onshore. While it has not had a dramatic effect on business, it has posed economic challenges for some kinds of transactions and investment strategies, he says.

Brexit has become a long-running saga for the UK, but for Bermuda Sudarsana highlights the key risk continues to be potential disruption in accessing the UK market. 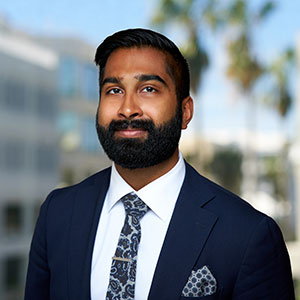 Two consecutive years with heavy catastrophe losses (2017 and 2018) has tested the mettle of the ILS industry, says Sudarsana.

“There has always been a discussion over whether the reinsurance cycle has flattened out and ILS capital will be there to stabilise pricing. But we are seeing upticks in renewal rates now,” he notes.

The experience of those two years has “reinforced the value of both traditional reinsurance, and the strategic use of ILS, as fundamental components of your capital strategy,” he adds.

Sudarsana expects innovations in ILS products to continue as demand from investors shows no sign of subsiding. “We could be looking at involving ILS capital in working layers of your reinsurance tower, more attritional loss types, and even longer-tailed casualty risks, to sit alongside traditional reinsurance capital.”

Uncertainty around the level of losses from certain events, notably the Japanese typhoons Jebi and Trami in 2018, left some ILS capital “trapped” for many months. Sudarsana says to some extent it’s a reality of the ILS business that investors need to be aware of. Equally, he says it should be a wakeup call for the industry to be more streamlined in how losses are reported and contracts settled.

“There are contract structures, such as parametric triggers, that can improve time to settlement, as well as potential technology solutions to expedite loss assessment and reporting,” he adds.

Private equity firms, and other institutional investors, are continuing to show interest in asset-intensive insurance businesses, according to Sudarsana.

Bermuda is home to a thriving group of reinsurers of US and European life and annuity portfolios.

“A significant profit driver in these businesses is the ability to earn a higher spread on assets than is credited on liabilities, so you can see why it is attractive to asset managers. The same money is now recognising run-off claims as another area where they can apply their investment strategy to competitive advantage,” Sudarsana says.

He explains we could see more partnerships between run-off specialists and private equity firms, focused on both sides of the balance sheet i.e. looking to commute claims effectively, as well as deploying a yield-enhancing asset strategy.

“On the life and annuity side, there has been a lot of recent growth and we expect this to continue for the foreseeable future as there are still many underserved market segments that can benefit from asset-intensive reinsurance solutions.”

The introduction of the IFRS 17 insurance contracts accounting standard and the Long Duration Targeted Improvements (LDTI) under US GAAP present significant risks and opportunities to Bermudian re/insurers.

“It is a wholesale change, particularly IFRS 17 which involves a completely new measurement approach, as well as presentation of financial statements,” Sudarsana says.

Sudarsana expects LDTI to be a little less onerous in terms of implementation, as the changes are mainly only related to the reserve calculation.

“But there are more disclosure requirements at a lot lower granularity than most companies are used to reporting. So again, it creates data and systems issues, and resource issues too, in terms of reporting processes requiring a lot more steps, but provides more transparency on how reserves are set and highlights the key inputs and sensitivities on these inputs.” he says.

Thinking about the future state operating model has been a hot topic in the market, and Sudarsana anticipates M&A opportunities for large well-prepared re/insurers to acquire mid-to-small entities that may not be able to justify the operational costs or financial implications of IFRS 17 or LDTI.

Access to capital not the only issue in LV= sale, says FCA chair

Mosaic: building it piece by piece

Can governments make a smooth exit from trade credit markets?

How to make a SiriusPoint