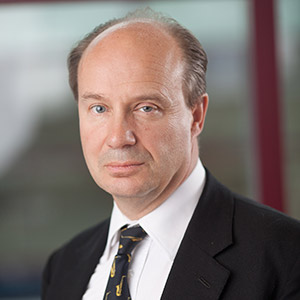 Since Solvency II was first thought up over ten years ago, the Association of British Insurers (ABI) has played a major role in ensuring UK insurers have been listened to by regulators. One of the most important actors in that role has been Hugh Savill, director of regulation at the ABI.

Some might have thought 2016 would be a welcome break after years of tireless lobbying and with Solvency II finally implemented, but a Treasury Select Committee inquiry into regulation post-Brexit and an ambitious timeline for the development of international capital rules have kept Savill as busy as ever.

Whether it's Paraguay, Rome or London, Savill has been at the places, and with the people, making the biggest decisions affecting UK insurers. Through speaking at conferences, interviews with journalists and writing his own blog, he is uncommonly frank and transparent about his position on a range of issues.

When it comes to the next big project in regulation, the international capital standard, Savill continues to push hard for internal models, which are less popular outside the UK and especially unpopular with US regulators. He has also criticised what he sees as an aggressive policymaking timetable from the International Association of Insurance Supervisors.

If his track record on Solvency II is anything to go by, Savill is well prepared to ensure regulation at the international level will be fit for purpose for UK firms.