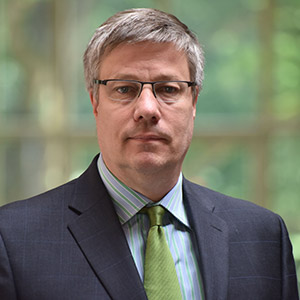 Chief risk officers have not found it easy to go above and beyond their basic job description, or think laterally, in 2016: a year that has required tens of thousands of pages in regulatory documentation and an even larger number of dedicated working hours.

One CRO to have done this is Allianz's Tom Wilson. When necessary, Wilson has knocked through the second line of defence and taken an active role in the business strategy beyond. Given the lower growth, lower risk premia and more volatile markets faced by insurers, these interventions have been frequent.

Rather than telling the investment side what it can and cannot do, he has been active in promoting the philosophy of risk-adjusted capital metrics to promote a healthy interaction between regulation, capital and investment markets.

Since January 2016, Wilson has overseen the bedding down of Solvency II with one of the most sophisticated internal models in the market. Under Wilson's leadership Allianz has reported a consistently strong capital position throughout the year, without use of transitional measures. Hedges against sovereign spread and currency movements, and reduced equity holdings of European banks, allowed the firm to freeze its solvency ratio at 186% despite post-Brexit vote volatility.

Amid all this he has found time to promote a landmark book about the role of finance and risk in financial institutions, Value and Capital Management, published in August 2015.

With the emergence of risk-based capital regimes in Asia, demand for this knowledge has been particularly in demand there, especially in China and Korea. To keep up with demand, Wilson's book was published in Simplified Chinese by the Shanghai University of Finance and Economics Press in November. It will also be published in Korean and Japanese next year.