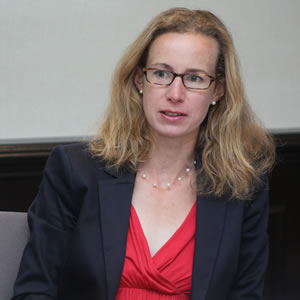 In a year of substantial market volatility, and more than one political surprise, insurers have struggled to maintain stable capital positions and make use of complex elements of the new Solvency II regime.

For example, after the UK vote for Brexit in June, the bottom fell out of long-term swap rates which caused the risk margin, an extra capital buffer under Solvency II, to grow beyond its already bloated size.

As head of capital efficiency at composite insurer LV=, Penn has overseen the firm's reaction to this event as well as longer term hedging strategies.

A key way for insurers to deal with risk margin inflation has been to recalculate the transitional measure on technical provisions (TMTP). Penn has presented on TMTP recalculation at industry events, pointed to its flaws and deficiencies, and has been influential in ensuring that LV= gained regulatory approval for recalculation – not just for the post-Brexit swap slump, but also after matching adjustment (MA) approval in April and integrating the Teachers Provident business at the start of the year.

That MA approval, which Penn played a key part in, also allows LV= greater benefit in the discounting of long-term, cash-flow matching liabilities.

In her own words, this year has been a baptism of fire for UK insurers, but Penn's ALM expertise, reactions to market events and forward-looking approach have been a great example to the industry.