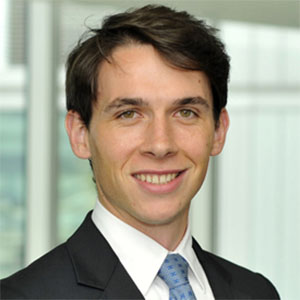 With the EU's General Data Protection Regulation (GDPR) and the Insurance Distribution Directive (IDD) taking effect in the first half of 2018, insurers need professionals with expertise in both insurance and technology to help innovate while ensuring compliance. Renaud Million, chief executive of insurtech Spixii, fits the bill.

After studying engineering at Arts et Métiers ParisTech, Million moved to the UK and finished his education with an MSc in Operational Research & Management Sciences at Lancaster University. He went on to serve at EY London for six years,  advising insurers and building risk models while training for the British actuarial exams. During his time at EY, Million interacted with C-level executives of the insurance industry and managed a team of junior actuarial consultants.

He believed in the value insurance can bring, but was frustrated by the way it failed to connect with customers and wanted to rethink the relationship between insurers and their customers.

As a result, the 30-year-old founded Spixii in January 2016 with chief product officer Alberto Chierici and chief technology officer Alberto Pasqualotto and now leads a team of 12 across three countries.

Million brought a range of actuarial skills to the business. Aside from modelling, spreadsheets and statistics, soft skills are a vital part of his role when giving presentations at conferences, negotiating projects and supporting clients with the latest available technologies.

Spixii's first product was created to help customers engage better with their insurer through a conversational experience which ultimately brings transparency. This is particularly helpful to educate the customers on what they may or they may not be covered for. The firm developed expertise in chatbot technology which takes the pressure off insurers' customer service teams and allow them more time to handle complex enquiries.