Walking the tightrope of Solvency II

As the Solvency II deadline ticks ever closer, insurers are anxiously awaiting for clarity to emerge on several important issues and fear that stalling by regulators could throw their preparation plans off track, as the participants in this InsuranceERM and Thomson Reuters Accelus roundtable discuss

Chris Cundy: Are you worried about meeting the timetable for Solvency II implementation? 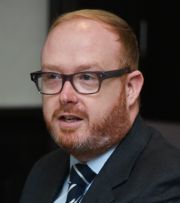 Justin Elks: Our focus is on ensuring a good dialogue with our regulator, making sure that feedback is forthcoming and that our submissions are in the right state for review. Right now we are getting good communication, but my concern is that it can ebb and flow. Everything else is fine, touch wood.

Lee Dobson: I echo Justin's thoughts. The timetable is challenging, the guidance is still evolving, but it is the reaction and the depth of challenge we will get back from PRA [Prudential Regulation Authority] that may or may not throw us off track.

Peter Telford: There are two Solvency II project plans that we must work to: ours and the PRA's plan to review us. Obviously we are working very hard to make sure the two are aligned. The PRA supervisory team has been open about what they intend to do by when.

Justin Elks: Firms need to be proactive with the regulator. We hadn't received an updated work plan from the PRA, so we drafted one based on our internal plan to assist them to get to a view.

Lee Dobson: Where there's a void, we try to fill it with something. We too have put forward suggested milestones and timelines we can work with, on the basis that if no-one says no, that is okay.

Nigel De Silva: We originally submitted our internal model about two years ago and had good feedback initially. But as soon as Solvency II got delayed, the PRA put everything on hold and we did not hear from them for a very long time. We submitted again in June this year and have not heard anything for two months. We are getting a bit worried that they may not fit us into the timeframe. As a smaller firm, it could be that they just do not have the resources available to devote to us.

Justin Elks: I think the PRA has been bringing people in and applying a risk-based approach.  One of the trends that we have seen is they are focusing more on our second line and less at the first line work we are doing. Take model validation, for example. We are doing a lot of internal checks on model and the regulator is seeking to piggy-back on that. I don't think that's a bad thing actually- I think it's positive as it helps to show the value of validation.

"We are doing a lot of internal checks on model and the regulator is seeking to piggy-back on that," Justin Elks

Chris Cundy: Has anyone given much thought to using the transitional arrangements?

Lee Dobson: We have modelled the impact of the transitional arrangements as we understand them and they do have a beneficial effect on one part of the business. But we are a little unclear as to how they will be interpreted and what the approval process is. The regulator needs to make a policy call, which they seem unable to do at this stage.

Justin Elks: There is a nervousness at the regulator as the matching adjustment and transitionals have the potential to have a big impact on the industry and markets. That might be one of the reasons why they have not been able to make significant pronouncements. 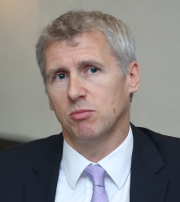 Lee Dobson: I certainly can appreciate that position, but there will come a point in time when you need to make decisions about the proposition and the investment portfolios. Information will need to come to everyone at the same time, otherwise you could find yourself in a 'false' market.

James Tufts: Different companies have quite different views on the extent to which they can use transitionals and even to what part of the balance sheet they actually apply. It is concerning that we are only 16 months away from going live and it is not being fully understood by the industry The original intention of transitionals was to allow a "smooth transition" from Solvency I into Solvency II, so giving boards the ability to have a clearly defined capital management and dividend policy over the next few years. Right now we have very little certainty, so I think it makes the job of boards, and those advising boards such as ourselves, incredibly challenging. This also has potential implications on market statements for quoted companies.

Peter Telford: The UK may have a particular problem with transitionals, because we are moving from a regime where many firms are bound to Pillar 1 and their prudence is partly in the technical provisions [TPs], to a regime where TPs are best estimates and the prudence is all in the capital. Whether a firm can use transitionals is assessed at the level of TPs, so if TPs reduce whilst capital requirement increases by more, transitionals do not help.

Chris Cundy: Is anyone using overseas arrangements to try and minimise the impact of Solvency II?

Nigel De Silva: We already do that so it is not really a change. It is a bit of a hassle in terms of regimes not being equivalent, but it does not really matter too much. We still manage capital, and the business generally, as a whole. Trying to apply different principles, different reporting structures, across the different territories would be quite hard.

Chris Cundy: Let's talk about money for a moment. Are you managing to get sufficient resources for your Solvency II projects?

James Tufts: Companies got quite burnt as Solvency II programmes exploded out of control between 2009 and 2012 and they have learnt from that. People are now trying to do more in-house and are using consultants and contractors in a much more targeted way, for very specialist input or for expertise that they do not have. There is a lot more wariness about just spending loads more money. At Guardian, the board are very supportive and we have the funds we've asked for.

"People are now trying to do more in-house and are using consultants and contractors in a much more targeted way," James Tufts

Nigel De Silva: We outsourced the day-to-day, ongoing work to consultants and we kept all the Solvency II work in-house, just so we can make it fit the business and work for us efficiently. That approach has worked out quite well because outsourcing the stuff you know is easier to keep track of; it has helped to keep costs down and it ensures detailed Solvency II knowledge is maintained in-house.

Heloise Rossouw: The remaining preparations for Solvency II are being implemented via business-as-usual, as our Solvency II project was closed down with the processes and functionality transferred to business-as-usual during 2012. This also ensures that the people implementing processes are the people who understands the business and will be involved in running the processes in long-term.

Peter Telford: We spent our fair share of money on the project up to 2012, but when the regulatory clock stopped we had more or less delivered a business-as-usual Solvency II framework that's functionally integrated with other reporting. We now expect to spend a lot less, mostly filling in the gaps in the framework and embedding the final changes to the rules.

Lee Dobson: In common with many other firms, LV= spent more than it would have wished to have done on Solvency II last time around, in particular on external advisors.  Aside from the obvious cost consequences of this approach, a further frustration was that it did not build in-house skill and hence when the programme changed in 2012, we found that a lot of the IP [intellectual property] had walked out of the door. This time around, not only will our total programme cost be lower but to build in house skill and experience we have focused on embedding the work needed into BAU [business as usual] teams.

"In common with many other firms, LV= spent more than it would have wished to have done on Solvency II last time around," Lee Dobson, LV=

Justin Elks: Some of the aspects in our original programme worked well and delivered what they needed to, but there were other aspects where we needed to do more. We went back to the board with a revised program, being very clear on what we needed to do and justifying every penny in the budget. Our board takes Solvency II very seriously and wants it delivered to high quality standards – but ultimately they want it delivered. Solvency II has been kicking around board agendas for a long time - I'm sure boards would like to rebalance and focus less on delivering Solvency II and more on the effective running of their businesses.

Maurits Le Pool: Is it easy to find strategic business benefits to justify the expenditure?

Justin Elks: I think that risk management has a lot of strategic benefit, but Solvency II is a toxic brand. That creates an interesting communication exercise, both with the board and with the business as a whole. The way we present it is very much like doing a tax return: it is something we have to do, and there are penalties for getting it wrong - but if we do it effectively we will get some benefit for the business out of it - improved risk and capital management. That is not the traditional ERM sell but I think, because of the nature of Solvency II, you have to be honest with the business. 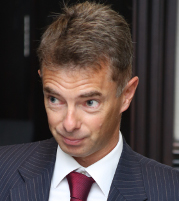 James Tufts: Since I have been at Guardian we rolled out an ERM framework, but we made it very clear that it is an enterprise risk management framework for the whole business and all functions. Solvency II is mentioned very little explicitly within it. We see the regulatory piece as a potential turn-off for some of the staff and want to engage the workforce on risk management in a much broader manner.

On cost, the other thing that is challenging is what will the steady state look like? Designing resources for the next 16 months is relatively easy but post-2016 it is very hard to say. I think there will be another change in how functions are expected to work.

Justin Elks: That is a big growing theme of our programme, shifting the focus from delivery to a more holistic view of the business and what the key functions will look like beyond the S2 implementation date - say in 2017 or 2018.

James Tufts: Costs did fall away about 18 months ago but I think in the last three or six months they have probably ramped up a bit – not back up to the peak. I think people are a bit more nervous about going contracting generally so I do not think you are seeing as many people joining the market.

Lee Dobson: The market is tightening now as we get close to the implementation date and some of the key milestones in 2015.

Chris Cundy: Are there any skills that are in great demand at the moment?

Lee Dobson: For us it is pillar 1, core actuarial.

Justin Elks: Going back a few months now, we were looking for project managers with a good understanding of Solvency II. That was a challenge, finding people of a standard we expect.

Part 2 of this Roundtable can be read here.

PRA's Sweeney: risk management of Covid-19 is the focus, not capital