Tussling with taxonomies in pillar 3 reporting

Insurers are having to learn fast about the technicalities of Solvency II data taxonomies and XBRL reporting, as participants in the second part of this InsuranceERM and Invoke roundtable report. They also discuss reporting on assets, the remaining uncertainties – and what they would have done differently

Cundy: Have all of you upgraded your systems and your software to cope with the increased reporting requirements?

Ramdin: We are in the middle of some extensive system work. Then we have to get in the tool to produce the QRTs [quantitative reporting templates] and XBRL. Now the taxonomies are being produced by Eiopa [the European Insurance and Occupational Pensions Authority], we can see how the product offering has changed. A year or so ago, we saw one vendor whose tool was not very attractive. But we saw them again last month and their tool had changed radically.

Leslie‑Bini: Your tool will only be as good as what is feeding into it. In the EY study that came out (see IERM, 16 April), there are three figures that had me a little bit perplexed. You have a resounding level of confidence from 80% of those surveyed saying, 'We are going to be ready for 1 January 2016.' However, 76% of them say, 'We are not ready for the reporting,' and only 25% of them have a tool. What that says to me, and I could be wrong, is that there may be a massive underestimation of what is involved in that last 200 yards of the last mile.

Hart: I firmly agree. How complex extensible business reporting language (XBRL) in particular is going to be has been underestimated by the industry. For example, the complexity of the dimensions required by XBRL and conforming data into the data point model in Solvency II. It is going to be a sprint for some firms to get there if they don't address this early. 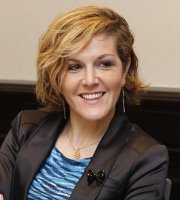 Leslie‑Bini: Clients in France have really struggled to accept the fact that there are different templates that come with Eiopa's XBRL taxonomy, the annotated templates. There are actually a lot of firms which are looking at reporting in Excel, but if you are planning on using an Excel templates for reporting you need to make sure you are using the right ones, otherwise that can make your process go horribly wrong.

Hart: I think a lot of people think XBRL is a just relational data model or just the tagging of data. They do not really understand what XBRL is.

Leslie‑Bini: The skill base worldwide is also very limited. It does not actually matter how much you are willing to pay for XBRL experts, you just cannot find them. The reason national supervisors are not actually communicating extensively with the industry is because they are not very comfortable with the subject.

The PRA [Prudential Regulation Authority] is in the process of building their Solvency II data collection platform. A pre‑qualification questionnaire was published as part of the public procurement process to see if there are packaged solutions available on the market to cope with their extensive requirements. What the PRA are trying to put in place is quite ambitious but, if they manage to bring it to fruition, I think it would be an industry‑leading platform.

"It does not matter how much you are willing to pay for XBRL experts, you just cannot find them." Anne Leslie-Bini, Invoke

Hart: We are training up people at the moment because, exactly as you point out, there is a worldwide shortage. We tend to find the people who understand XML, who understand how to do pure data integration and understand how to do the messaging formats associated with that are the people who come up the learning tree and are focused on XBRL. On client programmes, we have not seen that many people with those skills being engaged.

Ramdin: A gripe I have mentioned many times is the fact that when Eiopa releases another version of its taxonomy, it is buried in some deep, dark corner of their website where no one can find it very easily.

Leslie‑Bini: You would probably be quite surprised to see the relatively limited number of people at Eiopa who are actually involved in that effort.

Cundy: What are the kinds of things that could still change between now and 2016 and even beyond? We have mentioned the templates for the QRTs...

Ramdin: The templates are not finalised. We are waiting for the final batch to come in; I think it is meant to be November. Then the ECB [European Central Bank] is due to finalise their insurance statistics regulation around June/July. Insurance Europe has got a few more discussions to have with them in which I am involved and I'm hoping we will get a little bit clearer outcome on the final content. 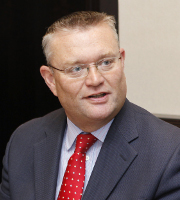 Borrett: There is still ambiguity arising out of Omnibus II because there is not as much detail in the text that has been agreed as there was in the prior draft level 2 text. A key issue for Unum is that as we go through the process now with level 3 text we get some of that granularity back in. If you look within the long-term guarantee package at the treatment of annuities, there were more detailed references to underlying risks, morbidity and mortality seen in draft text that has come out for the purpose of reaching the Omnibus agreement. A lot is implied, not explicit.

Are we going to get different treatments by different regulators in different territories because there is not the appropriate granularity? I think level 3 is a good opportunity now to try and restore some of those elements that perhaps were too aspirational for level 2.

Ramdin: A lot of the level 3s, from the pillar 3 side of things, have been quite disappointing actually. They have only simply echoed what was already in level 2.

Scott: It comes down to which balance sheet do you want to look at? We can produce 'n' different balance sheets in different views taking into account different assumptions where it just creates more and more work but for less value.

"We are making long-term plans now and yet we are in a shifting-sands regulatory regime." Lee Dobson, LV=

Hart: You almost need to say, 'Which is going to be our lead set of measures that the group is going to optimise round?  Therefore, we accept we will make compromises under certain reporting bases in certain territories.'

Cundy: How much of a challenge is asset data?

Dobson: We have a majority of our assets placed with a single well‑recognised investment manager who has been very supportive. We are also supplementing data with access to Bloomberg data. We are using Bloomberg data as a fill‑in where we cannot get what we need.  None of the challenges we face are small. However, this does not feel like one that we are particularly concerned about. 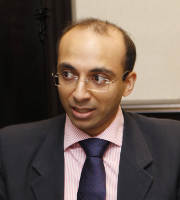 Ramdin: We do not have a lot in investment funds so the look‑through issue is not something that impacts us on a quarterly basis because we do not hit the 30% threshold. We have brought our investment administration in‑house, for BAU purposes. It does mean, therefore, that we are able to be a little more in control.

Hart: If you are a big life insurer – with global operations and multiple asset managers – you are probably a bit worried right now, but it impacts the industry as a whole.  There is only a handful, I think, of asset managers who have really taken this seriously.

Borrett: Good projects set out the scope at the outset and then execute against that scope with an appropriate change control process. It does seem to me Solvency II is deciding the rules at the end of the process which means there is a constant tacking through.

Yes, I would have done a lot of things differently knowing what I know now. However, I did not know that at the point I was making the decisions. Lack of clarity has meant that the industry has had to incur a large level of cost that could have otherwise have been saved, and that means policyholders are paying.

Dobson: The cost is not just the cost you have paid outside the building. There has been a significant management distraction and opportunity cost during a quite challenging time in the markets per se.

It could be argued that pillar 3 has been has been a poor relation versus the other Solvency II elements. We have made some progress. Maybe, with hindsight, we should have kept a bit more emphasis on reporting during 2013. But without an end-date or without having firm idea of what the reports would look like, getting people's motivation to do that would have been quite difficult.

Ramdin: If we knew then what we know now, we could have managed things slightly differently and kept costs down.

Will Solvency II be a good thing?

Leslie‑Bini: Is Solvency II going to fulfil any of the ambitions that have been set out for it?

Borrett: An element I would highlight which has been helpful has been the ORSA. I think a lot of the activities that now sit under an ORSA label happened anyway but I think what it enabled us to do was to bring those activities together in a way that strengthened an integrated risk and capital focus. 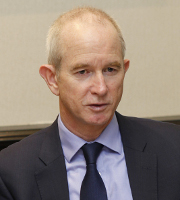 Scott: Overall we would welcome Solvency II to harmonise a view of a level playing field from the customer's point of view or consumer's point of view especially. It is now much more likely that you will be able to view groups in different countries in a way that is more transparent in showing the amount of capital required for certain types of product. That creates a much better, more level playing field.

As a large global group, we were already meeting the requirements for Solvency II within the Swiss Solvency Test and we have been running the group on an economic, risk-based framework for many years. All Solvency II has done for us is create a different set of views, a different set of reporting requirements, substantial documentation requirements and more rigorous production processes. It does not particularly change what we do and how we run the business.

My other observation is that what is happening here is having ramifications beyond Europe. It has already been picked up by regulators around the world and it is broadly to be welcomed that people want to have that kind of transparency. I think it is clouded now by the requirements of ComFrame, the whole G‑SIFI [global systemically important financial institutions] argument and the requirements for the IAIS [International Association of Insurance Supervisors] for certain types of minimum capital. These go beyond Solvency II. I do not see this stopping anytime.

Part one of this roundtable is available here

What Solvency II reports need to say about the coronavirus

What's next for the MA and VA?

Insurers urged to up their digital game post-Covid-19