The internal reinsurance entities for Allianz and Aviva have reached a scale similar to that of the EU's largest reinsurers, according to analysis of solvency and financial condition reports (SFCRs) by Insurance Risk Data.

Driven by the introduction of Solvency II, Allianz and Aviva are among groups that have established internal reinsurers or 'mixers' to pool risk and take advantage of diversification benefits available under the regulation.

These mixers help reduce the capital requirements for subsidiaries and improve the fungibility of capital across groups.

This ranked them in the top six proportional property reinsurance entities in Europe, alongside Münchener Rückversicherungs-Gesellschaft (€3.7bn), a unit of Munich Re, Lloyd's of London (£1.8bn), Scor Global P&C SE (€835m) and Hannover Re (Ireland) DAC ($517m).

A year-on-year comparison revealed that Lloyd's, Scor Global P&C SE, HDI Global SE and Allianz GCS did better in 2017 than 2016.

But Allianz SE and Aviva IIL fell short of their 2016 income, mainly because 2016's figures were boosted by the inclusion of back-books as well as new business. 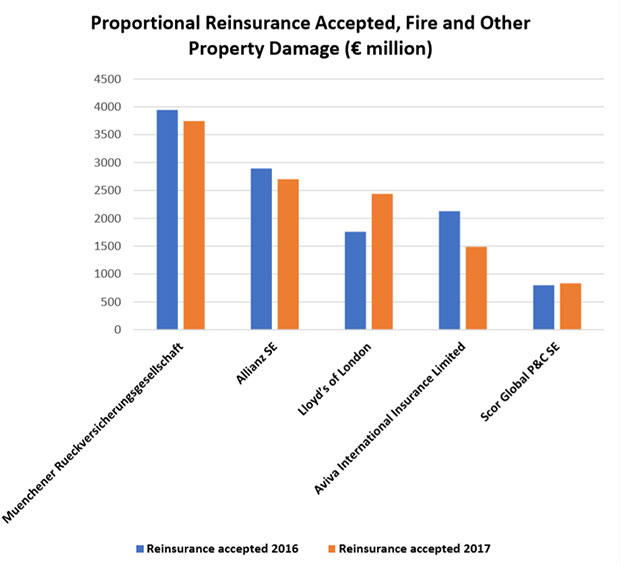 Cattolica units reveal how bad their solvency got in 2020

Access to capital not the only issue in LV= sale, says FCA chair

Mosaic: building it piece by piece

Can governments make a smooth exit from trade credit markets?

How to make a SiriusPoint