Amazon, Berkshire Hathaway and JPMorgan name their US health disruptor

Turning data into a differentiator

Swiss Re Institute's head of insurance risk research, Dan Ryan, tells Ronan McCaughey how insurers can turn the wealth of data they currently hold into valuable insights, and an opportunity to differentiate themselves from their competitors

Travelers and Mapfre team up with Amazon

NN Group has been an eager participant in the insurtech revolution. Chief risk officer and global IT leader Jan-Hendrik Erasmus tells David Walker how the Dutch insurer's tech strategy has evolved

The value of companies today is based more in intangible assets than ever before. So should commercial property insurers be worried about the future of their business? Tim Freestone delves into the data to reveal a surprising answer

India's Acko General Insurance reported to be beneficiary of finance

As venture capitalists invest a record amount of money in insurance technology, insurers are joining their ranks in the race to find the next disruptive technology. Asa Gibson reports 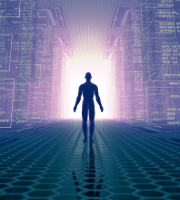 The insurance industry doesn't often evoke science fiction. But recent technological advances have been so drastic they could have leapt from the pages of Isaac Asimov. Sarfraz Thind reports