National supervisors argue that looming reviews of the standard formula and the long-term guarantees package could be wider than expected now the UK has voted to leave the EU. Hugo Coelho reports

Less than one week after the referendum, EU institutions are already adjusting to the prospect of life without the UK.

The resignation of Jonathan Hill as European Commissioner for financial services was the first visible sign of that but, in the months come, UK officials in key positions across EU institutions are poised to be substituted.

The European Insurance Occupational and Pensions Authority (Eiopa) is unlikely to be an exception. The UK's Prudential Regulation Authority (PRA) will retain its seat and vote at the Board of Supervisors until a formal exit is completed, but in practice its influence will be reduced.

"The signals we are getting from the Commission and the Parliament are that UK nationals will be excluded from key positions," the head of a national supervisor told InsuranceERM. "We have not seen that at Eiopa yet, but going forward it is obvious that some things will change."

Catherine Stihler, the Scottish MEP who is rapporteur for Solvency II, has no intention of stepping down from that role in the foreseeable future, according to her spokeswoman.

End of business as usual

The meeting of Eiopa's Board of Supervisors on 28 and 29 June was "business as usual", as most of the papers requiring final approval were prepared before the referendum. 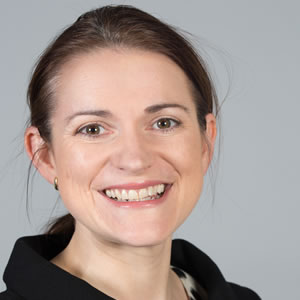 National supervisors did discuss the fallout of the referendum on financial markets, before retiring in the evening to watch some football together – ironically, the match between England and Iceland that resulted in another shocking elimination.

The context will be different when they reconvene in Frankfurt at the end of September. The technical work in preparation of discussions – which will include changes to the methodology of the Solvency II ultimate forward rate – will be done over the summer.

In addition, by that time, the UK will have a new prime minister, who is expected to trigger the process of withdrawal without delay. "The UK will have a seat at the table and the right to vote, but it cannot be worth as much as before," said a national supervisor.

Another EU official who was deeply involved in the Solvency II negotiations says it is hard to imagine that the UK will be ignored in the discussion, because of the sheer size of its market. "The UK will be heard, but certainly they may lose influence and decide themselves to take a low profile approach."

The compromise that paved the way for the implementation of Solvency II reflected the complex balance of power between member states, and the declining influence of the UK might cause some old debates to be reopened.

"The UK has sided with the Netherlands and other Nordic countries to push for economic-based solutions, and counteract the influence of France and Germany which, because of the legacy issues, have interests that are more tailored to their markets," one of the supervisors said. "The influence of this second group is going to increase now, and some of the old discussions that we had during the making of Solvency II may well be revived in the process."

The scope for this will become apparent in the run-up to the review of the standard formula, due in 2018. Regulators have relied heavily on data from the UK to calibrate the stresses in the formula, notably the property and longevity stresses.

"The UK will have a seat at the table and the right to vote, but it cannot be worth as much as before"

With the UK heading for the exit, some countries might call for the stresses to be recalibrated on a sample that excludes it.

Their success, however, will depend on the ability to provide alternative data sets. One industry representative noted that UK statistics were used because they were the most complete, adding that some stresses are calibrated on global data.

A second key moment will be the review of the long-term guarantees package, due by 2021. This was the most controversial part of the Solvency II, and was behind much of the delay in implementing it. The UK lobbied hard to get concessions on the matching adjustment, which received little or no support from other members that could take no advantage from it. A shift in the balance of power is likely to change the outcome of the discussions.

One question on the minds of European regulators is what role the PRA sees itself playing until the UK's formal withdrawal. 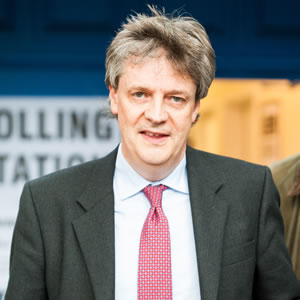 The PRA declined to comment, but some expect it will gradually disengage with EU-level work to focus its resources on the negotiations for a global insurance standard, which could help to gain access to a broader range of markets.

London has contributed considerable resources and brainpower to Eiopa so other countries, in particular France and Germany, will need to raise their game if work is to continue at pace, one supervisor said.

The relationship post-Brexit will depend on the wider negotiations with the EU. If the UK becomes a member of the European Economic Area – the Norwegian option – it will become an observer at Eiopa. In this case, it will not have voting rights, but it can participate in the discussion.

Taking the Swiss approach will force the UK to seek the recognition of equivalence. In this case, it will regain the power to write its own regulations, but the scope for moving away from Solvency II is not as large as it may seem.

"Gold-plating could be counterproductive, as companies might decide to leave the UK as their home jurisdiction," a former European regulator said. "Besides, if the system becomes different, equivalence might be refused."

Do insurers care about the Sustainable Development Goals?