Dive In 2019: catching up on diversity and inclusion

The insurance industry was heavily criticised during last year's Dive In festival for its poor approach to diversity and inclusion. Nearly twelve months on, Paul Walsh finds the sector is beginning to listen.

Ahead of the fifth annual Dive In festival, designed to promote diversity and inclusivity in the insurance sector, the industry seems to be waking up and reacting to the criticism that has come its way.

At Dive In 2018, insurers were chastised for, among other things, not providing a family-friendly culture, and for a lack of inclusion of the transgender community.

"These were recurring themes that came out of last year's festival and really it brought everyone up to a level," says Geoff Godwin, UK chief operating officer at AIG and a key organiser of this year's event.

Family friendly employers are crucial if the industry is to meet its gender-parity goals, but attendees last year explained the difficulties they faced when trying to take parental leave. Some said it had been suggested to them taking such leave would "harm client relationships" while others said some in the market viewed parental leave as a "holiday or a sabbatical".

Aviva implemented an equal parental leave scheme in November 2017 to great success. Last year, male employees involved in the scheme took 21 weeks of paternity leave compared with only two weeks the year before.

AIG has also set up more than 130 employee resource groups (ERGs) across the globe, including seven in the UK and one specifically dedicated towards working families and carers.

"This has helped us engage closely with employees to ensure they're comfortable with policies on parental leave and it helps us stay grounded about what's happening in people's lives," Godwin says.

Tali Shlomo, people engagement director at the Chartered Insurance Institute (CII) and another Dive In organiser, says her organisation has taken a similar approach.

"CII now offers gender and family/parental coaching and many others in the insurance sector are championing flexible and agile working structures," she says.

Shlomo also points to the itinerary of events at this year's Dive In festival as a sign of progress; there is an emphasis on wider family issues including fertility, surrogacy and adoption.

"Beforehand we didn't talk about these issues often enough. But the conversation is starting to happen and when you start to have this dialogue, it changes the wider behaviour and creates impact."

Shlomo adds the industry, on the whole, is making progress on diversity and inclusion but it "just doesn't shout about it enough". 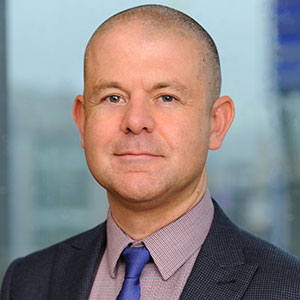 Specific criticism at last year's festival focused on how the insurance sector was lagging behind others in addressing trans inclusion. At the time, Aviva's people director, Emma Cusdin rated the industry's progress in this sector as "two or three out of 10".

AIG's Godwin stresses this is a key area the industry is focusing on because it can bring additional benefits. He describes how AIG held a managers' conference bringing together people from different walks of life, all with "protected characteristics" with an emphasis on the trans community, to meet 170 of AIG's UK managers to share their experiences.

"Quite often the people I meet from the transgender community are the most incredible people because they've been through so much in their private lives and in their working careers too", says Godwin.

"If you apply those experiences into the insurance world, this means they can be brilliant risk managers as they can assess risk at a level the rest of us will have no comprehension of."

The CII's Shlomo concurs, stating including people with diverse backgrounds can be beneficial for customers.

"With all of the diverse communities, we need to look at how we can support colleagues, attract and retain talent but we also have consumers who are transitioning or transgender.

"Having diverse colleagues enables us to support consumers," she says.

In addition to his work with Dive In, Godwin also serves as a role model for Link, a network of lesbian, gay, bisexual and transsexual (LGBT) insurance professionals. With growing awareness of the issue, Godwin says progress has been made on changing perceptions around the insurance sector.

"We actually have a very tolerant industry but the headlines don't necessarily portray that.

"The work Dive In has done has always been very visible. I'm proud to say we also have an LGBT network and we're well connected to understand the challenges these communities face globally and we bring this into the workplace," he says.

This year's Dive In festival occurs against the backdrop of disturbing accusations emerging from Lloyd's of London.

Allegations in recent months have ranged from inappropriate remarks, to unwanted touching and sexual assault. Others have alleged there is an entrenched culture of sexism at the organisation.

One benefit from the scandals, according to Godwin, is the discussion of what is and isn't acceptable behaviour.

"From my 25 years' experience, I haven't observed anything of that nature. But this has led people to sense check themselves and what they're saying," says Godwin.

"We want to create an enjoyable environment but we have to get the balance right and it takes everyone to treat each other with respect."

Godwin adds AIG held discussions with staff to assess their feelings around the allegations.

"I'm pleased to say nothing new has come out of this as a result. But it's made our teams aware, especially our underwriters and our distribution teams who are out in the market every day.

"This has ensured everyone can be proactive at signposting to others that this type of behaviour is not acceptable and AIG has zero tolerance on this type of situation," he says.

Shlomo adds events such as Dive In are creating an environment of support and means when the industry is approached with such a situation, "it can create tangible differences and practical action".

Beyond the issues of gender and LGBT diversity and inclusion, the concept of social mobility is an equally hot topic. Witnesses at a House of Commons select committee last month, stressed they wanted to see more individuals from less traditional educational backgrounds enter the sector.

"It's very important to me as I know a lot of people reaching higher echelons of the industry who had not been to university," says Godwin, who did not attend university.

"We need to make sure this continues as we don't necessarily want or need everyone to have been to university."

He says AIG has done a lot of work around mentorship schemes and forged partnerships with organisations including Career Ready, a charity set up to connect people aged between 14 and 18 with work experience.

Such initiatives, according to Godwin are vital as those from disadvantaged backgrounds may have misconceptions around working in the insurance sector.

"People from some of the most deprived areas of the country may look at the City and think it's a very intimidating place and assume it's somewhere they'll never access.

"We've done insight days with our ERGs which work with people from these backgrounds and explain what an insurance company does.

"When they first enter the buildings they assume we in the City are the elite and the untouchable. Insight days like this help break down those barriers and explain how they can be involved."

Nearly 12 months on from a stinging review at Dive In 2018, the insurance industry, while still having work to do, seems to be making steps towards addressing diversity and inclusion. Lloyd's decision not to sweep its scandals under the carpet, and the spread of family friendly policies, are good demonstrations of an industry prepared to change its ways.

Private equity in Bermuda - who owns which insurer?

Solvency II: what reforms can we expect?

Eiopa hits back at the French ICS revolution

IFRS 17 and Solvency II: clashes on discount curve and risk margin come to the fore

Australian life insurers arm up on the frontline of climate change