Dive In 2021: regulators spur action on diversity and inclusion

As the annual Dive In Festival, designed to promote diversity and inclusion in the insurance sector, gets underway, Paul Walsh finds financial regulators are adding their weight to the agenda

In the run up to the sixth annual Dive In Festival in 2020, Covid-19 and the Black Lives Matter movement brought some serious reflection on diversity and inclusion (D&I) in the insurance industry's workforce - and its historic wrongs.

The events of 2020 generated unprecedented momentum in D&I campaigning, but this year it is advancing even faster, as financial regulators are stepping in.

The UK watchdogs said "more diverse and truly inclusive firms" would benefit from better risk management as individuals would feel more empowered to have discussions and debates.

The paper sets out various D&I policy options including the use of representation targets, increased D&I accountability measures for senior leaders and linking remuneration to D&I metrics. 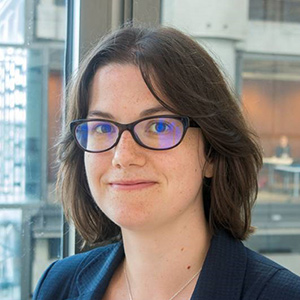 Catherine Scullion, chief actuary at MS Amlin, describes the discussion paper and increased focus on D&I as a "no-brainer".

"I can't think of a clearer example in alignment of interests between regulator, individual firms and the whole industry because improving D&I is positive by more or less every metric that each of these cares about: performance, innovation, wellbeing, talent and risk management," she says.

Risk and actuarial teams will play an important role in D&I improvements, if they are not already.

"There are things the risk function can do to monitor and mitigate and find out what's effective and whether they're actively managing the risk. That [D&I] is probably going to have more of a light shone on it when it becomes a matter of regulatory policy."

She welcomes the approach by the regulators, describing it as "a discussion they [regulators] want to have with the industry to think about whether we need to think differently about how regulation could work, and what it could mean, before going down the policymaking route, which makes a lot of sense in this area."

Rob Anarfi, chief risk officer at Beazley, welcomes the regulatory attention, suggesting it may address the issues posed by "groupthink", i.e. the practice of making decisions as a group which could go unchallenged.

"It's for this reason that financial services regulators globally have looked to strengthen their personal accountability regimes and are now focusing on the importance of having diverse boards and senior management teams.

The 2021 Dive In festival will take place between 21 and 23 September using a hybrid format combining both virtual and physical events. The event will include discussions on promoting active allyship, adapting D&I to the post-pandemic "new normal" and what neurodiverse individuals can bring to the insurance sector.

There will be sessions based in Europe, Africa, Asia Pacific, the Middle East, Bermuda, Latin America, the US and Canada.

For registration and further details about the festival, see https://diveinfestival.com/

"Having a diverse set of views around a board table helps to ensure that there is good challenge and proper debate, and it's widely agreed that firms with good diversity of thought and talent are better at identifying and managing their risks and therefore produce consistently better results."

He stresses diversity needs to be complemented by a strong risk culture.

"Diversity of thought fosters better risk management. However, in practice simply having a group of people who differ by age, gender, sexual orientation, race and so on does not automatically foster diversity of thought. Whilst there is a stronger likelihood that it will happen, it's the culture that enables it to happen."

Many of the older D&I initiatives, such as HM Treasury's Women in Finance Charter, have focused on improving gender representation. This has brought some degree of success: insurance showed the best improvement of all sectors in terms of female representation on executive committees, doubling the average proportion from 12% to 28% between 2016 and 2021. (No sector is near 50%: building societies are doing best, at 33%.)

However, Dive In organisers are keen to broaden the emphasis beyond gender.

"Parts of the banking sector have launched programmes to give autistic people apprenticeships and careers, we should be doing the same in insurance"

"This year's festival is on deeper elements of diversity, particularly neurodiversity which is another huge pool of talent that we're either not tapping into or not aware of," says Jason Groves, chair of the Dive In steering committee, who describes the unemployment rate of some of these groups as "shocking".

"Parts of the banking sector have launched programmes to give autistic people apprenticeships and careers, we should be doing the same in insurance.

"We're going to raise that as a topic [during the festival] particularly in the UK."

MS Amlin's Scullion, who began her career in the sector in 2009, says conversations on D&I in the sector have historically been limited, but largely focused on gender.

She adds while this topic remains important, many more facets to D&I are starting to emerge that can be addressed with similar actions.

"There's specific factors affecting different groups differently within the spectrum, but a lot of the roots are the same and the actions address a range of aspects.

"The problem with collective action is sometimes you wait for a silver bullet to come along and then say 'that's D&I fixed now'. We need to keep the conversation going and recognise the silver bullet doesn't exist."

Beazley's Anarfi concurs, stating insurance has "lagged behind" other industries' D&I in recent years but it's starting to pick up.

"As with other industries, better progress has been made on gender with attention now shifting to other underrepresented groups." 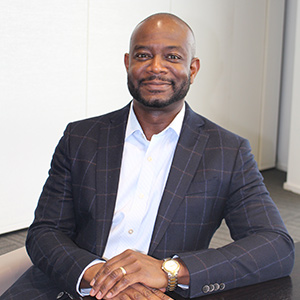 He attributes this rise to the importance of D&I to a wider audience, not just the online format.

"People are more interested in these topics due to Black Lives Matter, the pandemic ... the expectation barrier was raised and people expect companies to take action," says Groves.

Beazley's Anarfi also calls on the sector to maintain the momentum caused by the events of 2020.

"Treating D&I as a project - rather than a core element of your strategy and something that underpins the success of your organisation - will result in a finite time in the limelight, which in turn will only falter progress and possibly even send you backwards."

Scullion explains D&I used to be an issue the sector "didn't have to take action on".

"When I joined D&I wasn't spoken about; the view was that it was just a matter of time for underrepresented groups to move forward.

"That's changed completely and it's now acknowledged as a problem that needs to be stated and acted upon."

Anarfi adds it is also imperative that senior leaders direct this change from the top.

Insurers including AIG, Allianz and MetLife have joined over 700 companies across 24 sectors in the 10,000 Black Interns initiative, offering 2,000 internships each year for five consecutive years to black people in the UK.

The initiative is designed to "transform the prospects" and horizons of black people in the UK by offering paid work experience and training across a range of industries in the hope of producing future business leaders.

Ukrainian insurance market "on the verge of a huge crisis"