Equality in insurance - still a decade or two away?

InsuranceERM and BNY Mellon recently hosted a discussion on issues of diversity and gender in insurance. A panel of industry leaders described the state of play and what needs to be done to make the sector more reflective of society

To continue thriving, the insurance sector must attract and develop high-calibre individuals capable of managing complex deals while displaying the requisite leadership qualities.

But historically, insurance has been the domain of the white male, and is at risk of making itself unappealing to potential candidates from outside that demographic, and losing that talent to other industries.

The Insurance, Diversity and the Talent Gap event, hosted by InsuranceERM and BNY Mellon in London on 28 January, sought to explore some of the barriers to improving diversity in insurance and discuss solutions to the problem.

The event brought together six women who have risen to the top in the financial services sector (see box.) The conversation centred on the lack of gender balance in the more senior roles, but the experiences and lessons could equally to apply to other diversity issues, such as race or disability.

The panel touched on education, the ingrained male-ness of insurance, networking, the need for women to promote themselves and the introduction of quotas.

They and the audience shared personal anecdotes and professional experiences that created a rich debate.

A no to quotas 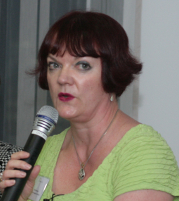 On average, FTSE 100 companies have 20.4% female representation on their boards, according to the 30% Club, a body committed to seeing that percentage of women on boards, and generally raise the number of women in senior roles.

How to increase that number was the thread that ran through the debate. One option, to introduce mandatory quotas, saw the panel divided.

Kathryn Morgan was firmly in favour of quotas.

"We still don't have parity," she said. "The actuarial profession has 50% women coming into the profession, but in their 30s they leave the profession in greater numbers than men. I don't see 50% senior women and I think that's frankly disappointing. Networking is great, but I think we need something more fundamental and sadly, after 30 years of working, that's why I'm now in favour of quotas as I think the only option left is the nuclear option," said Morgan.

However, Morgan proved to be something of a lone voice.

"I think we need something more fundamental and sadly, after 30 years of working, that's why I'm now in favour of quotas as I think the only option left is the nuclear option." Kathryn Morgan, PRA

Kirsty Cooper said that Aviva had approached their female employees about whether they wanted quotas.

Other panellists were concerned that quotas would diminish the achievement of any woman reaching a senior position.

"I'm not in favour of quotas as I don't think they achieve anything, as you would be seen as a token appointment," said Sarah Turvill.

Quotas were also dismissed by Helena Morrissey, who cited their lack of success in Norway as one reason to oppose them.

"In Norway, where there's a quota for women on boards, there's been no progress at all and around 100 companies have de-listed so as not to have to comply," she said. 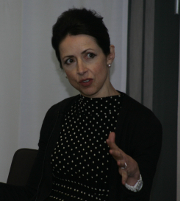 Morrissey called for patience, saying that rectifying the gender imbalance was about changing an entire culture.

"If it takes another decade or even two to create genuine parity, I don't think that's a bad result. We just need to be a bit patient, as it takes 20 years to become a CEO or senior executive," said Morrissey.

Turvill agreed, saying that "Most businesses have been going on for hundreds of years and the woodwork, the DNA and the management is male. It'll take more time for more women to be represented at the top level."

Morrissey highlighted China as one country where a women in a senior role is the norm, due to the fact that business "is all quite new over there. But here in Western Europe we are trying to unpick hundreds of years of tradition which is why it can feel we are moving through treacle. Saying that, the steps we have taken over the last eight years are encouraging," Morrissey said.

If quotas are not the answer, then what else can be done to change the culture?

A key issue identified was the need for management to ensure women are always considered in the hiring process for senior level jobs.

"You can have events like this and reverse mentoring but it's really when the rubber hits the road that the opportunity for change comes," said Cooper. "When there is a senior position going, it needs to be mandatory that a woman along with an external candidate has to be on the shortlist," said Cooper.

"If the message from the top comes you need to need to identify X number of women for senior leadership roles, then that will help change it." Sarah Turvill, Willis

Turvill agreed, saying that change can come if the "middle management gatekeepers" are engaged - and ordered.

"If the message from the top comes you need to need to identify X number of women for senior leadership roles, then that will help change it," she said. 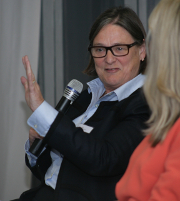 Women also need to promote themselves more, the panel agreed. Men tend to shout louder about their achievements than women, and this means they often get opportunities as managers are more likely to spot them.

"Men know it's all about exposure, while women tend to think it is enough to sit there and do a good job," said Turvill.

Morgan called on both women and mangers to address the issue.

"Women should look and ask for opportunities, and mangers should proactively hand opportunities to women and others; not just the ones who shout the loudest," she said.

"A lot of the issues aren't what MBA you have, but the softer issues of marketing yourself, and using your network. Men tend to do it much better I think. Certainly with my peers and my team I'm an advocate of how much are you investing in yourself and your network, as it's crucial."

Highlighting the importance of mentoring and a network, Marcia Cantor-Grable told the room that she had found great satisfaction in mentoring women and helping them overcome certain worries and issues to become leaders in their own right.

"Anyone who is a manager, who loves being a manager, should take great joy in finding the diamonds in the rough, regardless of that individual's race, gender, orientation or religion and should mentor and support their growth," said Cantor-Grable. 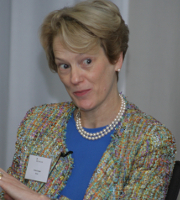 Encouraging an environment which fosters and suits women will help bring about the biggest changes, the panel agreed.

A fact of life is that when it comes to starting a family, women are forced to spend some time out of the office. It is vital to ensure that this period does not see women leave their professions, or accept a less ambitious career path. In this case, companies have the responsibility to ensure the culture is right, according to Cooper.

"One of the important things for large companies to do is manage women's careers in their mid-30s when they do have families, and encourage flexible working, as that's when you see the number of women in the business drop off. We need to crack that to keep women in the process of becoming senior executives."

Morrissey added that certain careers – such as asset management – which reward results rather than hours in the office suit women who at some stage will need flexible working practices.

"There is an angle for male CEOs to get involved – this is in many ways personal for them as it impacts their daughters. Are they doing enough to make it a better working world for them?" Penny Shaw, Hiscox

Shaw was optimistic that the culture is changing as the next generation, that expects both parents to work, hold different values than the one in control now.

"A lot of senior executives don't understand or expect it to be that way. But you talk to the younger generation and for them they don't see it that way. Instead, both will work and work flexibly."

Waiting for that generation may mean equality is 20 years away, Shaw added, but there are obvious motivations for the incumbent management to faciliate change.

"There is an angle for male CEOs to get involved – this is in many ways personal for them as it impacts their daughters. Are they doing enough to make it a better working world for them?"

Looking to the future 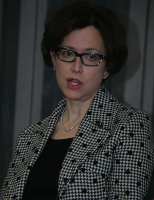 The discussion turned to what can be done to foster those next generations. Encouraging girls to pursue education – especially in science, technology, engineering and maths (STEM) – was highlighted as one cornerstone.

However, she said that gender barriers are still evident in schools and that work needs to be done there as well.

"I do get shocked when boys make adverse comments about a girl being interested in maths. That culture needs to change. We can do better on the issue of gender equality and we should ensure it is something children grow up with at home and in their schools."

Audience members and the panel also emphasised that actions need to be taken to ensure that insurance is seen as an exciting career option for young women. The key suggestions were to reach out and engage with the next generation at school or university.

Things will have to change 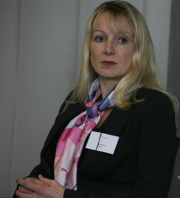 What was clear from the event was that gender equality is not something that will go away. More and more people are behind it, and the changing world is set to make it a business imperative.

Hard statistics on the business benefits of diversity are not easy to find, but several panellists recalled occasions when a lack of balance made for a distinct disadvantage in a business situation.

"Our clients are more and more diverse, and when you go to a client with an all-male team, it's not really what they want. Neither would they want an all-women team. Diversity brings different approaches and that brings better results," Turvill said.

The event ultimately brought the sense that it is as much individual action, as corporate rules, which will bring about equality in the future.

"That combination of insights really helped to sharpen the thinking on what is working well, and what more needs to be done to make sure that gender diversity initiatives continue in helping businesses to address their talent constraints.  The result was a positive, constructive discussion with a highly relevant, practical focus, which was an ideal outcome."

-  Engage mid-level management The "keepers of the talent pipeline", as Fiona Woolf described them, must be engaged to make sure that once women or other minorities are recruited into an organisation, they can climb each step of the ladder. "Anybody that supervises someone else needs to be part of the agenda," Woolf said.

-  Recognise achievements Improvements in diversity should be publicised, both internally and externally. Awards for diversity can be used as marketing to attract talent.

In the Spotlight: Gefion Insurance

Equality in insurance: what actions beyond the words?