When New York Life, one of the world's largest life insurers, decided to upgrade its actuarial modelling systems, it was clear the project would be a beacon for a modern actuarial function, and involve cultural as well as technical upgrades.

The situation at New York Life in 2013 would be familiar to many large life insurers. As the business had grown over the years, the number of actuarial systems had proliferated. Actuarial teams were divided by business and activity (e.g pricing, ALM, reserving) and a lot of time was being spent reconciling differences and maintaining models.

The firm decided to launch a wide-ranging revamp called 'One Finance', to create "a single finance model where we had common systems and common process across the organisation," explains Joe Peterson, vice-president at New York Life, who leads the enterprise actuarial modelling centre.

The improvement plan was to include actuarial modelling; the development of governance policies; establishing a model validation policy and team; and general process redesign.

Meanwhile, transformation of another kind was happening within actuarial practices. The introduction of principles-based reserving (PBR) for US life insurers would mean setting reserves using actuarial projections rather than prescriptive formulas. The regulation, set to come into effect in 2017, would involve rethinking previously rigid processes and instead make reserving a more sophisticated activity, closely integrated with the rest of the business.

New York Life was already a user of several well know modelling systems including FIS's Prophet, as well as legacy mainframe systems and regular use of Excel.

"There was a desire to consolidate to a single system for ALM projections and, along with that, we had an initiative to review our current valuation systems and see if there were better solutions in the market," says Peterson.

Initially, the insurer decided to consolidate its projection models onto Prophet. None of the systems had fully developed PBR capabilities at that stage, so there were several contenders for the valuation system. But once the partnership with FIS to build out a full US single platform was discussed, the selection of Prophet for both valuation and projection modelling was quickly settled.

Even without the prospect of changes brought by PBR, New York Life would have gone ahead with the modelling consolidation

"FIS was focused organisational process flow, not solely on the actuarial modelling function. We could have common asset feeds and assumptions across the organisation, no matter what process or business line," Peterson explains. "We decided that the advantage of a single platform solution was so significant, it made sense for us to partner with FIS in its development and help lead the direction."

Even without the prospect of changes brought by PBR, Peterson says New York Life would have gone ahead with the modelling consolidation. Nonetheless, the strategic partnership with FIS meant the insurer had precious vendor support for the new calculations as well as legacy formula-based reserves in the same system. 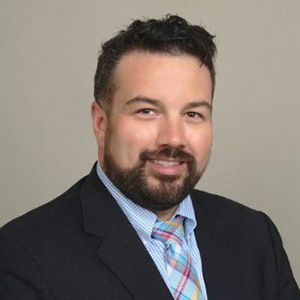 New York Life had recognised that FIS Prophet needed to be expanded, so the companies embarked on a partnership to deliver something new. One aspect that they worked together on was defining a separate, server-based parameterised interface traditionally used by US valuation actuaries.

"We had to make enhancements to the system to meet the governance requirements - and create new libraries," says Sean Hayward, vice-president, solutions management – US risk at FIS. "For example, in projection, where you're modelling billions in income, $50,000 items are immaterial. But for valuation, they can't be ignored. There have been other enhancements around the pure calculation capabilities to include things the valuation users care about."

Another key addition was a tool to manage the assumptions on which the calculations are based. Since they are so vital to the figures, it is essential that everyone uses the same assumptions, understands how they are decided and makes sure any changes are accurately tracked. "Once you move away from rules to best estimates, assumption management becomes an integral part of the valuation process," says Hayward.

Deloitte was brought into the process early to help with project leadership and share insights on best practice.

"We started by bringing in stakeholders from across New York Life to help flesh out the current state and the future vision. Actuarial models were identified as the core foundational issue to be addressed. The future state vision required the consolidation and redesign of models in order to achieve the efficiency and the systems capability New York Life desired," says Corey Carriker, senior manager and US actuarial modelling lead at the consultancy.

"People should hear the war stories and be reminded that when all this is done, life will be better."

The next phase was to create a roadmap, starting with getting the systems and data in order. "We had to rationalise first and then implement PBR," he says.

The project kicked off in 2014 and by mid-year New York Life had centralised the model development and support function into a Centre of Excellence (CoE). The CoE comprised sometimes more than 30 staff working on requirements, specifications and model development.

Along with the strategic and technical guidance, Deloitte also advised on change management and the training and communication that would be needed. Given the long-term nature of the programme, keeping people motivated was important, says Carriker.

"You have to remind people why they're doing this. It's important to show a 'proof of concept' and set out the accomplishments as they come. People should hear the war stories and be reminded that when all this is done, life will be better."

The move to centralised modelling among life insurers inevitably leads to staff reorganisations and new roles being created.

For example, within insurers there is now shared responsibility for model updates. "Previously, each team did their own update. Now you need governance committees for assumptions work, new assumption owners or process owners. The way the work is organised is different: it's task-driven rather than model-driven," says Deloitte's Carriker.

Among the new roles that are commonly being created are model steward and model architect.

Carriker explains: "The steward is gatekeeper and protector of the model. The architect designs how it interacts with other functions."

"The other role coming into play is an actuarial data expert: somebody that can really integrate the actuarial function with the IT function and drive collaboration across departments."

Asked to identify the biggest challenge in the transformation process, Peterson cites up the cultural shift associated with moving users from their familiar modelling processes to a central model.

"For example, the valuation solution was run on separate software – it could be a different function from rest of the organisation. In the single platform, the valuation code is a module within the ALM projection model. We have given our valuation actuaries their own interface, configured to their needs, and they parameterise the reserving side.

"That integrates back into the projection model, and so as we are running our projections, we are calling the valuation module and getting consistent reserving calculations and eliminating the need to tie-back variances."

Transforming all financial and actuarial systems at the same time was stressful, Peterson says, as there were "a lot of other moving pieces that you had to coordinate with. For example, as IT was upgrading policy data systems, we had to stay abreast of that for our data feeds."

This was one of the main factors in the decision to use FIS's system, he notes. "They were the most focused on the end-to-end process of reporting. We had policy data hook-ups and we had tools to manage actuarial assumptions and information going into the models."

FIS's Hayward says: "The times we had challenges were when we didn't make the most of the partnership. The technical aspects are not a massive challenge; but figuring out exactly what the client is looking for, and building that relationship with them, has been the most important lesson for us."

For Peterson, the main worry about the partnership was that the insurer could not deliver test cases as fast as FIS wanted them. "From the start, they were ahead of the schedule," he says.

Implementation is yet to conclude, so the benefits of the system are still being fully quantified. However, anecdotes are already emerging.

For example, there have been some stark improvements in model run times. As Peterson explains: "As part of the project we cleaned up and standardised the calculations, and upgraded to the latest vendor releases, so that allowed us to eliminate a lot of custom code."

For some, the impact has been startling. "One of the business actuaries called us to report a broken system, as one process that used to take hours kept stopping after a couple of minutes. We had to explain that it was stopping because it was done!"

"I wouldn't claim a reduction in actuarial headcount, but we are using people more strategically."

At the start of 2016, the CoE moved from being a transformational team to being a permanent fixture in corporate actuarial.

"A lot of the headcount came out of the businesses, where instead of having multiple people in each business unit doing similar jobs, we were now centralised," says Peterson. "I wouldn't claim a reduction in actuarial headcount, but we are using people more strategically."

Peterson adds that the expertise collected at the CoE has helped take modelling to a new level, enabling much deeper analysis of correlations and risk drivers by the corporate actuarial team.

New York Life's actuarial projects are continuing, particularly focusing on data: building a data repository and also data dashboards for management, using FIS's iWorks Data Repository solution. Switching off the old modelling systems has started for those businesses that were transitioned first and will continue step-by-step until full cutover, currently planned for 2018.

"We are about to move from a financial transformation to a continuous improvement model," Peterson says.

"Why would we have separate platforms now that we're using similar methodologies to calculate reserves as we do for the projection model?"

For FIS, the arrival of PBR in 2017 is seen as catalysing the end of the historical divide between projection and valuation in US life insurers, and the firm is anticipating more sales off the back of its development with New York Life.

"The projection model is going to do the best job of representing your business, so this framework should be used to calculate the reserve for a product. Insurers are asking: 'why would we have separate platforms now that we're starting to use similar methodologies to calculate reserves as we do for the projection model?'" says Hayward.

FIS officially launched the Prophet US Single Platform in the third quarter and is in talks to implement the solution at other insurers who are keen to reap the benefits of better projection modelling capabilities; fewer reconciliation issues; and better governance and control of models, assumptions and processes.

Chinese regulator lets go of Anbang with buyers in the wings

Eiopa hits back at the French ICS revolution

IFRS 17 and Solvency II: clashes on discount curve and risk margin come to the fore

Australian life insurers arm up on the frontline of climate change