QBE's Richard Rees: IFRS 17 is less of a leap for Australian insurers 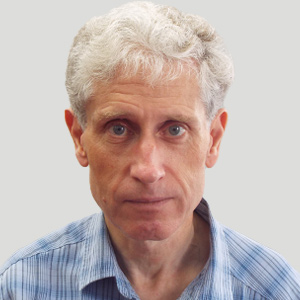 Richard Rees believes being part of an Australian group has advantages when it comes to implementing IFRS 17.

"We've had to do explicit discounting and risk margins and disclose those. So, the move to IFRS 17 is not as big as it is for some of the companies that haven't had that in their accounts," according to Rees.

As QBE Europe's IFRS 17 technical lead, Rees says implementing the standard in Europe is in other ways easier than in Australia, because other insurers in the bloc are adopting IFRS 17 simultaneously.

"It [IFRS 17] is quite complicated, but there are other people going through the same process. So at least one's able to speak to other people about it."

The insurer has a team of five in London and two actuaries in Europe involved in the implementation project. And staff training is well under way, ahead of the standard coming into effect in 2023.

"We have attempted at least, and globally, to provide training quarterly, which includes all finance staff and all actuaries.

"At times, even in Europe, we have had over 100 people attending the training."

Despite IFRS 17 reporting being "not that dissimilar from the existing Australian reporting requirements", Rees believes many more details are required for the upcoming standard. For instance, obtaining data at the most granular level is one of the main implementation concerns for the insurer.

In this interview with InsuranceERM, Rees speaks about challenges with implementation and why Brexit means the company will have to prepare for three sets of accounts in Europe and the UK.

How is IFRS 17 implementation structured within QBE? Do you have a centralised model or do you make decisions locally?

"There are a few items still open to interpretation, and I think that's the case across the market"

We have to comply with group accounting policies. At that level, everything will be agreed from a group point of view and ultimately signed off by group. It's slightly easier in some cases in Europe. Firstly, because of our size compared with some of the other parts of the group, but secondly, we use IFRS 17 for our financial reporting, both management reporting and our group financial statements.

What is the current status of your IFRS 17 implementation?

We are at a reasonable stage. We think we have got most of the items organised and we're at the stage of pushing our numbers through the system and making sure that things work from that point of view.

We haven't necessarily got all the numbers finalised yet but we have most of them, so we have effectively done a dry run on the numbers we have got. There are one or two areas where we need to finalise what we're doing.

There are a few items still open to interpretation, and I think that's the case across the market.

We have also done a reasonable amount of training on a general front to the wider actuarial and finance teams, so they know in broad terms what we are doing and what they will be needed to do going forward.

What are the main challenges with IFRS 17 implementation?

Apart from interpretation, the main challenges are to obtain some data that we haven't needed to use before.

For example, we don't necessarily have the granularity of data in certain areas that we need going forward. Some of the adjustments we make are treated differently under IFRS 17 than we treat today, and we need to know a bit more detail. In many cases, that detail is maybe known by the underwriters but hasn't previously been put on any of our systems.

Has Brexit changed how you implement IFRS 17?

Previously, all of our European companies and branches were part of UK companies. But because of Brexit, anything outside the UK in the EU has had to be moved away to Belgium. Each of our European countries are now branches of a Belgian company and we've got quite a big inward reinsurance market there.

"Now we have got an extra GAAP account for Belgium, whereas previously we had UK GAAP and IFRS"

As a result, they have to do Belgian GAAP accounts as well as supply their numbers for management and statutory account reporting purposes.

We do the same currently in the UK as well. We use UK GAAP for Lloyd's syndicates; Lloyd's reporting doesn't allow for IFRS. Now we have got an extra GAAP account for Belgium, whereas previously we had UK GAAP and IFRS.

The good news is I don't have to get my hands dirty on that one as people in Belgium will have to deal with it. I don't think it's a million miles away from UK GAAP as such.

How have your experiences been with auditors so far?

At the moment, fine. Most of our discussions with auditors have tended to be at the higher level or the more principle-based level. We haven't yet had detailed audits of real-life transactions.

Do you use an external vendor or are you building your system in-house?

We tend to do most of it in-house. We have the capability. There are one or two things where we have gone to external vendors, but that's very much the minority.

For example, we are improving our model around discounting. That is one where we're working hand-in-hand with an external vendor to produce a model that works. This is separated from our main finance systems.

"The market will determine what the favourite KPIs are, but that might be two or three years after the first set of IFRS 17 statements"

The 2022 numbers will ultimately get disclosed as the comparative to our 2023 accounts. We have to be relatively accurate and they will be audited as a result. However, we will probably not have the finalised position for the start of 2022.

The first thing is to make sure we are really happy with what we've got. It will probably be about halfway through the year before we get that audited and signed off, I suspect.

Do you expect any changes with key performance indicators (KPIs) within QBE? Are there any KPIs that will become redundant and do you expect to introduce new ones?

At the moment, there's a feeling that the KPIs will be fairly similar to what we have got today, because that's what analysts and similar [stakeholders] are used to. The market will determine what the favourite KPIs are, but that might be two or three years after the first set of IFRS 17 statements.

Is there anything you can leverage from Solvency II?

Yes, we have had similar concepts before IFRS 17 came in. A lot of people were not used to the concepts of explicit discounting, risk margins, etc, which are intrinsic to the IFRS 17 model.

What changes are you putting in place for business as usual (BAU) after IFRS 17 takes effect?

The changes we're making now through systems and reporting today will make a difference when we introduce them into BAU on 1 January next year.

Richard Rees will be speaking at InsuranceERM IFRS 17 Conference (virtual) on 31 March 2022. For more details and to register, please click here.

IFRS 17 implementation: you have to question yourself over and over again

Scor to end coverage for new oil field projects by 2023

Insurers go back to basics in biodiversity underwriting push

The US climate split