Climate and cyber risks have increasingly been on the lips of re/insurers during previous RVS events when considering the emerging threats facing the industry.

Amid Covid-19 last year, many re/insurers warned the risks posed by both cyber-attacks and climate change had the potential to be "much worse and more difficult" than the pandemic.

InsuranceERM's regular conversations with chief risk officers find in general they are highly focused on climate change and cyber risk as future challenges on their radar.

But the conversations below with re/insurers at this year's RVS show they are also beginning to take an even broader view - and are now adding topics, such as artificial intelligence, mental health and the future of work into the category of emerging risks.

Geopolitical uncertainty, the rise of populism, US-China strategic competition and Gulf tensions have been major political risks for the insurance industry in recent years. 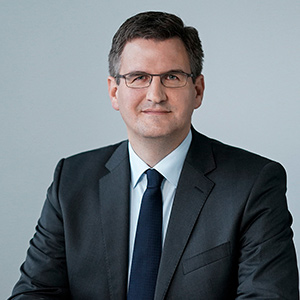 However, riots and protests across South Africa in July, in response to economic inequality, have further increased awareness among insurers of political risk.

Speaking at RVS, Stefan Golling, a member of the board of management responsible for global clients at Munich Re, warned the unrest, along with major societal shifts seen over a longer period, are increasing the threat of political risk.

"Last year, particularly related to the pandemic and things including the Black Lives Matter movement, we have seen many more strikes, riots and commotion.

"This could be an emerging trend we see with globalisation, with everybody being on social media, everybody knowing what's happening in other parts of the world, you could maybe see more organised things."

Lara Mowery, global head of distribution at Guy Carpenter, pointed to the threat posed by artificial intelligence (AI) as she says that has previously gone under the radar.

"It's one of the things we don't talk about necessarily day in day out in the same breath as climate change and cyber [risk] because they're such big topics on the horizon.

"But when we look at the changing nature of technology and the implementation of AI, what does that actually entail?"

She added greater focus is also needed to understand "liability issues and the way [insurance] products need to respond".

Guy Carpenter has said insurers looking to capitalise on the AI phenomena will have to partner with experts to mitigate the risks posed by the technology.

Mowery also raised wider issues when identifying emerging risks. "That [identification] really depends on what your individual focus is, what's important to you.

"Everybody is focused on a segment of the business that has the ability to transform the way we think about risk and the types of products that need to be offered going forward."

As economies adapt to the post-pandemic world, it is clear there will be changes to working patterns with more remote working. This trend was noted as an emerging risk at RVS.

Christopher Ross, managing director for treaty broking at Guy Carpenter, cited the impact of changes in working patterns on the travel market, where he said: "It's going to be very different than it was recently and the ancillary impact of the different casualty exposures that has in terms of rating, underlying premium growth and potential exposure to aggregated events like a terror event, for example."

He added: "There are a lot of ways the [insurance] sector is trying to work out what does the future hold and how to implement that change in underwriting standards."

In June, mental health risks were added as one of three new threats for insurers in the CRO Forum's 2021 emerging risks report. The forum said mental stress and isolation caused by Covid-19 will most likely exacerbate this issue. 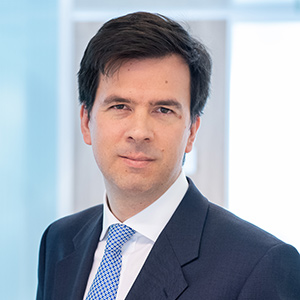 Scor's chief executive Laurent Rousseau highlighted this issue during the French reinsurer's presentation at RVS and warned the sensitivity to this risk is "clearly on the rise", in part due to increased remote working.

"How do we ensure that there is social connectivity in any organisation that leads to creativity, that leads to social wellbeing?" he said, adding poor mental health could lead to a social backlash.

Rousseau added similar major events have the potential to trigger a chain reaction, and cited the 2008 financial crash, which also prompted a political crisis – seen in the 2011 Arab Spring and eurozone crisis.

"That political crisis led to a social crisis," he added.

Rousseau said we have not seen the post-pandemic economic crisis to its full extent "just yet", but described mental health as "the first domino in a chain of events".

Get your free listing in InsuranceERM's 2022-23 technology guide

IAIS 2022: bringing the party back to insurance

Blockchain in insurance: surviving the wreckage