The US climate split

The battle for US climate regulation is hotting up. This year has seen a host of new initiatives from regulators looking to stamp their authority on the industry. Proponents see progress. Opponents see political games, as Sarfraz Thind reports

April, the poet T.S. Eliot wrote, is the cruellest month. For insurers concerned about being forced to mend their climate practices, this April has been cruel indeed.

Early in the month, the National Association of Insurance Commissioners (NAIC) announced switching its old climate survey to standards of the Task Force on Climate-Related Financial Disclosures (TCFD). This, it said, promised an international benchmark for climate risk disclosure and would enhance transparency and promote better climate-related risks and opportunities.

The announcement came close on the heels of the US Securities and Exchange Commission's (SEC) proposals for new climate reporting rules for US publicly listed companies, which shook many in the country's corporate sector and which some insurers believe could add another burdensome new layer of work to their climate disclosures.

Not to be outdone, the California Department of Insurance (CDI) released an entire report of insurers with asset exposure to fossil fuels, in what seems to be a bid to shame those that may not be toeing the line.

And later this year, the Federal Insurance Office is due to release a report focusing on insurance supervision and regulation which could trump all of the above.

It seems that regulators are finally getting their act together to force better risk practices in the industry. Or are they?

Inevitably, there are dissenting voices. The initiatives being pumped out by regulators, say critics, conceal a high level of fractiousness and political engineering between states on the issue of climate risk in the US.

There may be some truth to this.

Take the adoption by the NAIC of the TCFD reporting structure, which is due to take effect in November for insurers.

In its recent announcement, the NAIC touted the "bipartisan" approval of the revised climate disclosure template at its Spring meeting when the move was ratified. According to one insider who spoke to InsuranceERM on the basis of anonymity, that approval was, in reality, anything but bipartisan.

"At the eleventh hour of the NAIC membership meeting [state regulators] not only did not vote to approve the revised survey, there was absolutely no discussion of it either — this, after 14 months of development and hearings and votes," says the participant. "Why? Because, according to NAIC President [Dean] Cameron, each state can decide whether or not to require its domestic insurers to prepare and file the disclosure, [so] there was no need for the full membership to discuss or to vote."

The split between states is "absolutely there", says Thomas Dawson, a partner at law firm McDermott Will & Emery.

He points to wider regulatory moves over climate change policies — particularly on fossil fuel exposure — which have been in the works this year.

In Texas, for example, Comptroller Glenn Hegar sent a letter to 19 asset managers in March demanding to know which of them was boycotting the fossil fuel industry. Under the provisions of Senate Bill 13, Texas state agencies could be directed to cease funding companies — including insurers and asset managers — that boycott oil and gas.

Similar proposals have been followed in other states, including West Virginia and Kansas, seeking to bar business with financial institutions that cut off fossil fuel financing.

And insurers have been taking their cue from the voices at the top. Most recently, Chubb's chief executive Evan Greenberg stated the insurer would continue to provide insurance support to "lawful activity" engaged in by fossil fuel companies.

Dawson says the US insurance regulators are likely to remain slow in their moves to better climate practices, due to these differences of opinion across the country.

"Managing this split is going to be a challenge for NAIC leaders," says Dawson. "How big is the challenge? It will likely be a function, at least in part, of the outcome of mid-term elections," taking place in November.

Indeed, elections are setting up another battleground for how insurance regulators go forward with their climate disclosure rules. Nowhere is this more evident than in California, which votes for its next insurance commissioner at the end of the year.

The state has long been a model for progressive climate policies in the US. Dave Jones, the previous insurance commissioner, set the standard on climate disclosure and pushed for enhancements to the climate disclosure surveys of the state and country-wide insurers. 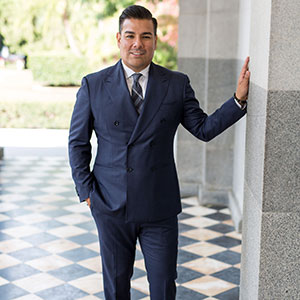 His work has been pursued by Ricardo Lara, his successor, who convened the NAIC's climate insurance working group and has claimed responsibility for the move to TCFD. And, of course, in an election year he has also been in charge of the publication of the fossil fuel report this month. It seems like progress, indeed.

But some say the work has not gone far enough. Marc Levine, the California State Assemblyman who is standing against Lara in the forthcoming primary election in June — which will decide which two Democratic candidates battle it out, in a runoff in November — is unconvinced.

"I think we have more granular detail and greater disclosure [in California], because the NAIC ones are essentially practically voluntary, so there's no required disclosure," he says. "There's a lot of discretion by the industry. The industry would say that what we're doing is too hard for them or duplicative. But the most important thing is transparency on rate-setting."

Levine set out to distinguish his own election prospects by pushing for greater climate disclosure for the state's insurers than the current mandate. In January, he proposed a bill that would require California insurance companies to disclose details of both investments and underwriting in fossil fuels, and which would have authorised the insurance commissioner to take regulatory action to prohibit or restrict investments and insurance for fossil fuel-related companies and projects.

The challenger says his proposals were necessary to allow regulators to adjudicate on the link between insurance businesses exposure to fossil fuels, and underwriters' rate-setting policies in areas particularly hit by climate change, and then act on it. In contrast, Lara, he says, has not used his position to make any meaningful impact on the climate crisis.

Unfortunately for Levine, the California Assembly Insurance Committee declined to hear the bill in its meeting in late April, and with no more assembly meetings planned before the end of the month, it is unlikely it will be passed at all this year. According to East Peterson-Trujillo, climate financial policy campaigner with Public Citizen, that has retarded the ability of participants to analyse the insurance market's commitments to reducing fossil fuel exposure.

"The lack of data presents a large gap in regulators' and the public's understanding of the climate risk insurers have taken on and contribute to," says Peterson-Trujillo. "The [asset exposure] data provided by CDI is already two years out of date and does not allow monitoring of the latest round of commitments made by insurers."

Levine expressed his dismay at the nixing of his bill and attributes this to background influence by Lara.

"I always knew it was an uphill battle and that Lara's staff and his insurance company allies were working against the bill," he says. "I had hoped it would be set for a vote, but came to the realisation that it wasn't going to happen."

The charge is strongly refuted by one of Lara's election campaign managers.

"While his opponents are focused narrowly, the new report is part of a comprehensive package of actions Commissioner Lara is taking," says Robin Swanson. "Lara is leading a national effort to increase climate disclosure and green underwriting. While the commissioner's report has a full methodology for what constitutes fossil fuel and green investments, Levine's bill is just 232 words with no specifics."

The political machinations are undoubtedly working hard and the outcome of the elections will certainly impact the nature of the reporting burden insurers can expect next year. However, the industry may already be facing a more significant challenge to their climate policies in the form of the SEC. 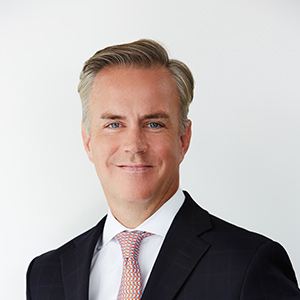 The SEC stepped into the climate disclosure fray in March with proposals for enhanced corporate disclosure which would apply across all listed corporations in the country. This could be particularly worrying for insurers. Phil Carson, department vice president of financial regulation at the American Property Casualty Insurance Association (APCIA), says it is working on outlining its "significant concerns" on the added burden from the proposals.

"We note that most insurers are already extensively disclosing environmental information, pursuant to state and, in some cases, international standards," he says. "APCIA plans to respond to the proposal with constructive feedback, which will necessarily include our significant concerns that any additional reporting mandates by the SEC should relate to material solvency issues within the SEC's authority. Importantly, the final rule must avoid requiring the dissemination of non-material information that increases the risk of frivolous litigation."

According to Sean Kevelighan, chief executive of the Insurance Information Institute (III), the federal government can play a "constructive role" by working with states to improve resilience, but regulating matters is another issue. The III says the NAIC already provides a strong regulatory framework for state regulators to supervise climate risk through its Own Risk and Solvency Assessment Model Act. Having more layers of contrasting and conflicting authority is undesirable.

"Political divergencies must be put aside to concentrate on protecting policyholders from climate-related risks," he says.

Such divergences seem implicit when reading between the lines. At the NAIC's Spring Meeting session on climate risk this month, Brooke Stringer, assistant director, financial policy & legislation, issued a lukewarm comment on the SEC proposals for climate disclosure stating it was "something that we're watching." While the NAIC is unlikely to pick a fight with federal authority, says Dawson, states have already shown their propensity for protecting their own concerns, which has led to "conflicts and inconsistencies" between the federal and NAIC's proposals.

"The NAIC has its hands full trying to keep showing some forward progress with climate change," says Dawson.

"The last thing that NAIC leaders will want is to pick a fight with the SEC. That said, other state officials - treasurers, comptrollers and so on from 'red' states dependent on coal, oil and gas revenues - will almost certainly pick some fights with the SEC and we shall see, if those conflicts break out, who else and how many, are drawn into the fray."

The outcome of this battle may have significant ramifications for insurers in 2023.

Actuaries urged to consider the interconnectivity of risks

Legal abuse and fraud, not natcats, threaten stability of US property insurers

Insuring the Big One

Eiopa: how we plan to stop insurers greenwashing