Before PCS launched its Japanese industry loss estimates and index in 2019 – PCS Japan – the country was always seen as difficult for industry-wide insured loss reporting because of data access and quality, according to Tom Johansmeyer, head of PCS, a Verisk business. 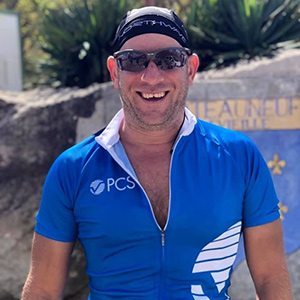 In addition, industry loss warranties (ILWs) in force had used "flimsy, informal" triggers, and throughout 2019, the market had to cope with trapped collateral, arbitration, and adapting to a market without ILW capacity.

"Simply put, Japan posed a considerable problem for the ILS market. There was no reliable trigger, large catastrophe losses began to happen frequently, and there was no solution in place," he says.

"The issue became evident with Typhoon Jebi, which affected the industry before we launched our solution. Because of weak ILW triggers, the storm caused a lot of trades to be questioned."

But the catastrophe data provider has changed the entire dynamic.

The firm says its offering was rapidly adopted after the initial launch, which helped the market "navigate the immediate difficulties it faced after Typhoons Jebi and Trami".

Last year, the ILW market using PCS Japan exceeded $800m, representing more than 10% year-on-year growth relative to use of the index in the company's introductory year, 2019.

The company's success does not stop here. Following PCS Japan, in 2020 the provider expanded its offerings to include Australia, New Zealand and Southeast Asia with the launch of PCS APAC, which accounts for almost as much trading limit as existed before Jebi.

Looking ahead, PCS is working on a roadmap for environmental, social and governance (ESG) solutions to include renewable energy data.

Johansmeyer says: "We're still in the early days, but are satisfied with our progress so far. The global re/insurance industry could do better on ESG, and PCS is eager to help!"