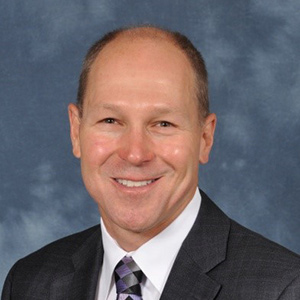 Paul Mozak is not a man who likes to sit on his laurels.

In his 12 years at Blue Cross Blue Shield of Michigan (BCBSM), Mozak has led a myriad of contributions to the risk function and beyond. In 2012, he started work to build BCBSM's enterprise risk management function, which has become embedded in the thought processes throughout the organisation, according to AM Best.

He initiated the creation of a captive reinsurance company, Woodward Straits, in 2015 which helped return over $100m in dividends to the insurer, reduced premiums for many coverage lines and increased BCBSM's risk-based capital (RBC) ratio.

He also took responsibility for the company's treasury function growing assets under management to about $10bn today. Under his direction BCBSM also filed its first own risk and solvency assessment (Orsa) in 2014, pre-empting the Michigan Insurance Department's Orsa filing requirements by two years.

Indeed, Mozak's work has helped drive BCBSM's growth in surplus from $3.2bn to over $5.8bn since 2015—improving the RBC by more than 160 points over the period.

If that was not enough, Mozak has also sought to extend his role beyond traditional ERM work—for example, in developing strategic tax initiatives and internal health initiatives for employees.

During the Covid-19 pandemic, he developed a set of comprehensive responses to report on the impact of Covid-19 by business lines, which could be relayed to regulators and rating agencies.

Working with the finance division, he also helped establish a capital planning process to accommodate new scenarios presented by the pandemic that resulted in a new capital plan for the company.

His 12 years in charge have also seen Mozak champion diversity and inclusion at the insurer, regularly participating in diversity events and carrying out volunteer work in the community. These rounded set of qualities makes him a worthy winner for this year's CRO award.