Conning's chief investment officer for Europe, Russell Büsst, and global product manager, Matt Lightwood, explain why climate risk is a major threat for insurers and how Conning's expertise can make a big difference

Why is climate risk such a threat to insurers?

Russell Büsst: Climate change affects both sides of insurers' balance sheets, likely impacting the liability side of the balance sheet, whilst driving a potential need for increases in capital and reserves.

Up until about two years ago, insurers focused on climate risk almost entirely on the liabilities side of the balance sheet.

Chief investment officers at insurers are now also seeking to address climate risk, and this comes at a time when there is regulatory and shareholder pressure.

The threats are that businesses - whether the companies we invest in or the insurance industry per se - do not respond sufficiently quickly to climate change risk, and what appears to be a relatively small risk on the asset side of the balance sheet becomes a significant risk as markets and commercial pressures develop.

Matt Lightwood: Climate risk also creates modelling risk for insurers. This is a different risk than insurers are typically used to dealing with, as there is no precedent to use as the basis for building models and there are so many possible paths climate change could take.

We talk to a lot of mid-sized insurers. They need to think about how they are going to approach the analysis of climate risk from a quantitative perspective and how this is going to drive the qualitative discussions that are needed in the short-to-medium term to satisfy regulatory requirements, particularly around the own risk and solvency assessment (Orsa). 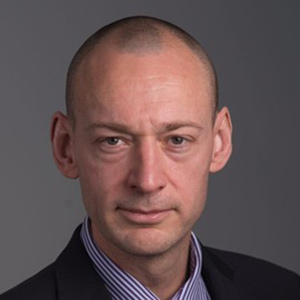 Matt Lightwood: A lot of insurers are struggling with making climate stress tests implementable within a risk management framework. That is what we have been developing at Conning, in terms of methodologies and tools that help insurers take things like the Prudential Regulation Authority stress tests and make them implementable with the context of the Orsa.

Conning launched a risk reporting service for insurers in 2020. Do you plan to update the tool this year?

Matt Lightwood: We are currently producing climate risk reports for clients, but we are very busy developing the system into a web-based software-as-a-service offering, so that users will be able to more easily get their hands on the scenario analysis tool, called the Conning Climate Risk Analyzer. That will be released in early March.

We are already actively engaged with several mid-sized insurers and we expect that to grow exponentially in the next two years.

Later in the year, we are also planning additional climate-related functionality in our software, such as ESG [environmental, social and governance] indices within our economic scenario generator.

Are you optimistic that progress can be made on mitigating climate change?

Russell Büsst: I am more optimistic than many when I look at the technology that is being developed. Another positive is the US's recent decision to rejoin the Paris climate agreement. This matters because the US is a prime source of technology and innovation. Overall, the main issue is whether progress will be made quickly enough to mitigate climate change. That is another question.

Matt Lightwood: I am also fairly optimistic and tend to agree with Russell. What I see happening is almost akin to a space race at the governmental level. The transition to a carbon-neutral economy and who can get there first is becoming a source of national pride and this may ultimately be the biggest driver of rapid change.