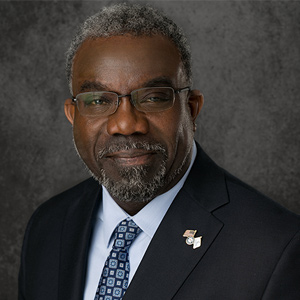 Brian Coleman wins chief risk officer (CRO) of the year for his progressive approach to insurance risk management, as well as his technical expertise and contributions to the sector.

He joined US-based Combined Insurance in 2005, and during that time he has shaped the company's risk management function as director of global risk management. Initially tasked with aligning the risk practices of Combined with its parent ACE, shortly after the sale of the former to the latter, things have grown since then.

As well as the usual reporting of operational incidents, Coleman chairs the management, audit and enterprise risk management committees for Combined.

Combined's company owner Chubb has given Coleman some leeway to both learn from and influence the parent in good and uncertain times. And certainly, the pandemic brought out the CRO's best qualities.

For example, it was the risk team that mobilised the insurer's staff to work from home, and
monitored metrics in the early months of the event.

"We made sure that we had employees that were equipped to work remotely and oversaw the alignment with the technology and at-home capabilities. It was extremely challenging, but we already had a work from home strategy, and it was just to fill in certain people on certain things like if their internet service was not adequate."

Outside of the nuts and bolts of the CRO role, Coleman stands out for his work in progressing diversity internally and externally at the company. As one of the first black managers hired into such a senior role at Combined, he says he initially worked to improve education.

"A lot of the challenges that people have is they just don't operate around people that look like us and so it involved learning a little bit more about the human side. It comes back to a respect for others' talents and a recognition that we all can get along. I think that what I carry every day as my greatest skill is my positive mental attitude."

Coleman sits on a number of diversity groups, including the Combined Insurance Mosaic Black Alliance and the Cultivating Opportunity and Realizing Equity (CORE) group, a committee that was assembled to help address concerns that surfaced during the George Floyd and Black Lives Matter moments, to drive conversations from a mentoring perspective.

Overall, Coleman has a group of around 35 staff members whom he supports and mentors.

This can include simple things like sending daily inspirational quotes with some personal comments to "help them stay positive during their work day."

The last year has also seen him introduce new initiatives to Combined's risk work, none less so than gamification as an education tool through a risk tournament, which has helped to educate business managers and senior staff about the company's resources.

It is as much for the human side, as his risk work, that sees Coleman elevated to CRO of the year.