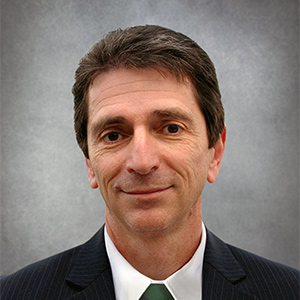 Predictability may not be the most vaunted of characteristics in this era of speed and technological innovation, but for insurers, being predictable is often a highly desirable quality.

As a lifelong insurance regulator, Eric Cioppa, superintendent of the Maine Bureau of Insurance, and previously president of the National Association of Insurance Commissioners (NAIC), brought a steady hand to his role in charge of the US insurance sector's most important body.

He worked in the oversight business from 1988, starting as a statistician at the Maine insurance bureau, then rising to Maine superintendent for over a decade, plus 12 years previously as deputy superintendent, until his retirement earlier this year.

Cioppa has witnessed insurance fortunes rise and fall during a career in which he has worked on a whole host of issues, from macroprudential regulation to group capital calculations, healthcare and cyber risk. He has also helped the US insurance industry support policyholders during the Covid-19 pandemic.

One of the more eye-catching areas of his recent work was in defending the US insurance regulator's stance against the encroachment of the Insurance Capital Standard systemic risk regulations, developed by the International Association of Insurance Supervisors (IAIS).

Cioppa, who represented the NAIC on the Fed's Financial Stability Oversight Council (FSOC), was strident in his involvement with Team USA's efforts to protect the country's individual state-based system.

He also helped in the ongoing development of NAIC standards on technology regulation and was involved in the NAIC's group capital calculation.
His work on the long-term care insurance task force has also gained him wide respect.

Cioppa's retirement this year made it a good opportunity to celebrate the work of such a valued member of the NAIC and US regulatory sphere.