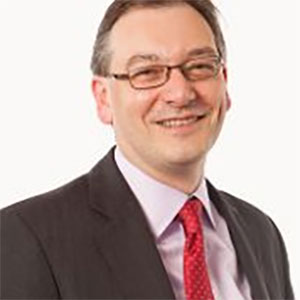 After a career spanning 30 years ago, few in the industry would fail to recognise the contribution made by Mark Laidlaw, chief capital and investment officer at LV=.

A notable recent example of his achievements is his involvement in a GI joint venture between LV= and Allianz. Reportedly a "highly complex" transaction with a lot of associated contextual work, which Mark was heavily involved with over many months. His work highlighted the range of strengths Laidlaw has in addition to his actuarial expertise, deal structuring and financial analysis.

At the end of 2017, Laidlaw was promoted to his current position as LV= brought together its investment, asset liability and internal model economic capital teams to "manage all aspects of the balance sheet."

The move also came about as the industry reflected on the increasing interaction of different functions, often operated in a more discrete manner before Solvency II.

Speaking at InsuranceERM's Risk & Capital EMEA London conference last November, Laidlaw said LV= recognised that branching into new asset classes had ramifications and its clear he has played a key role in diversity.

Recognised as a "rare breed" in the current industry with a mix combining his technical expertise, with a highly commercial approach and demonstrating true people leadership. With such a ringing endorsement, it is clear Laidlaw's 30 years of experience will no doubt be expanded into further sectors as his career progresses.