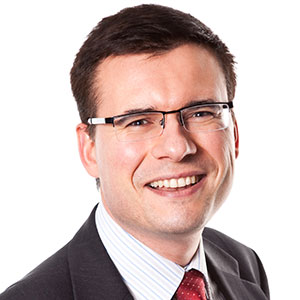 Chief risk officers suffer from no shortage of issues to assess as threats or opportunities these days, and few more so than AIG Europe's head of country risk operations, Fabrice Brossart.
Among other duties Brossart is responsible for firm-wide risk management, the capital management modelling team, the model use test team, the risk framework and governance, operational and insurance risk teams. On top, he is accountable for the AIG European resilience team.

He returned to AIG Europe after two years as senior managing director ERM for AIG in New York, where he oversaw value-based management and capital modelling across the organisation at a hectic time for his peer group.

As CRO of AIG Europe, and leader of the ERM teams for AIG's non-US/Japan operations, broad experience may have helped tackle the maelstrom of challenges that hit in 2016.

Brossart acknowledged Brexit as "a huge disruption" but also as opportunity, from which AIG Europe launched a new D&O cover product for relocation costs arising from Brexit, and chose a continental base in Luxembourg near the company's main markets, and "at the heart of the European project".

He speaks regularly as part of the European CRO Forum, and takes part in other fora including as AIG associate at the Geneva Association.

However, perhaps the highest achievement with which Brossart will be associated over the past year will be leading the team behind his company winning UK regulatory approval, in July, to move to a partial internal model under Solvency II. It called its business risks "a function of complex multinational programmes, a highly diversified business mix and operations in multiple currencies and countries".

As AIG Europe sought approval for its model, the resilient Brossart conducted his already-challenging role amid senior staff changes including multiple changes in local CEOs and COOs.