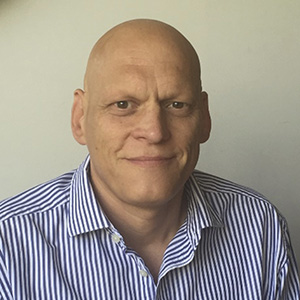 Ben Carr is analytics and capital modelling director at Aviva, where among his responsibilities is the maintenance and development of the UK insurer's Solvency II economic capital model.

But another major element of his work is leading the team developing scenario analysis to support the disclosures consistent with the recommendations of the TCFD.

Aviva is one of the industry's leaders in terms of TCFD-compliant reporting, in which scenario analysis has a hugely important role.

His background includes a wealth of experience at supervisors and regulators. He led the UK's internal model approval process at the Prudential Regulation Authority, in preparation for Solvency II. He also had a spell at the European Commission, where he was heavily involved in drafting and negotiation the Solvency II directive.

This has put him in a strong position to influence the shape of future climate legislation and act as a vital bridge between regulators and industry.

When 11,000 scientists across 153 countries insist we're facing a climate emergency and that "untold human suffering" is unavoidable without huge shifts in the way we live, it's wise to take notice – especially if you work in insurance, savings and investment where climate change and extreme weather trends are recognised as key risks facing the industry.

So, when Steve Waygood asked me to help build-up our climate-related scenario analysis capability to support Aviva's ongoing work in this area, I was happy to be given the chance to get involved and help out.

Our main priority right now is to further embed the assessment of climate-related risks and opportunities into our overall strategy, decision-making, risk management and reporting frameworks.

To support this work, we have initiated a group-wide climate-related risks and opportunities project. In order to carry out this project, an inter-disciplinary team has been created with representation from across the business.

One of the ways that insurers can improve their response to climate change is to increase their investments in assets aligned with the Paris Agreement. Aviva has recently committed to reducing the carbon emissions of its investment portfolios to net-zero by 2050 to help to limit global warming to 1.5°C.

In doing this, the company is joining forces with some of the world's largest pension funds and insurers as part of the UN Net-Zero Asset Owners Alliance. Our reasoning is simple: if there's a coalition of the willing that are all calling for the same thing – whether it's individuals, companies or countries – then we're much more likely to make progress.

The scale of change needed to meet the 1.5°C target is unprecedented; industry will have to slash their CO2 emissions by 65% to 90% by 2050 and investments in low-carbon energy and energy efficiency will need to increase five-fold by 2050 versus 2015 levels. Buildings and transport will also need to shift, and tools to remove CO2 emissions from the atmosphere will be needed to store 100 to 1,000 gigatons of CO2 over the century.

Nevertheless, I remain optimistic that if governments, businesses and citizens work together and take the actions required, then the Paris Agreement can still be met.

I am trying to eat less meat and dairy and reduce food waste. If cattle were their own nation, they would be the world's third-largest emitter of greenhouse gases. Roughly a third of the world's food is never eaten, which means land and resources used and greenhouse gases emitted in producing it were unnecessary.