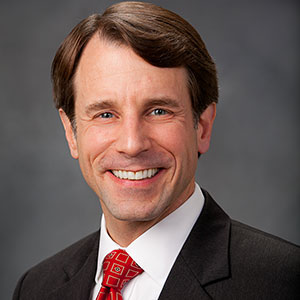 Dave Jones was nominated by numerous people for his pioneering work as Insurance Commissioner for California between 2011 and 2019.

Making progress on climate change in the US has been held back by federal politics, but that has not stopped states from attempting to push forward.

In California, Jones initiated a wide-scale programme to address climate risk in the insurance sector, including conducting the first climate scenario exercise by an insurance supervisor.

He also took his message worldwide, leading the development of the Sustainable Insurance Forum for global regulators and supervisors to share knowledge and approaches to climate risk.

Since leaving the Commissioner role, he has continued his advocacy on climate change. He was appointed a distinguished fellow at the ClimateWorks Foundation, a US group focused on ending the climate crisis through philanthropy.

He is establishing a new initiative on climate risk with the University of California, Berkeley, School of Law, and has taken up a role as senior director at The Nature Conservancy, a US NGO.