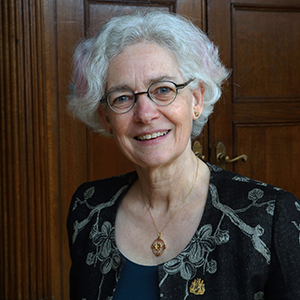 Actuaries are a vital contributor to efforts by insurers to respond to climate change, and Louise Pryor has been at the forefront of her profession in this regard.

She describes herself as a "climate change actuary" and as an independent consultant has worked on many sustainability and climate change projects, while making a significant contribution to working parties at the UK's Institute and Faculty of Actuaries (IFoA).

She is also chair of the London Climate Change Partnership and a non-executive director at the Ecology Building Society.

Next year, she takes up the presidency of the IFoA, a position she will no doubt use to raise awareness of climate issues in the actuarial community.

For me, it's the most important problem facing the world. Continued global warming will have consequences for food security, human health and the environment. Around 10 years ago I realised that I wanted to do something about it, and decided that I would try to reorient my career in that direction. I've now reached the position where I won't take anything new on unless it has a sustainability angle.

For the last few years I've been focusing on the actuarial world, as actuaries' expertise allows them to identify and manage long-term risk, such as climate change. This has included supporting actuaries to consider climate risk in their work, how they can contribute to addressing the problems, and thinking about the new opportunities that might open up for them.

We've done a lot of work at the IFoA to provide resources for actuaries, including a series of practical guides for actuaries working in a range of different fields.

As part of that, I've been quite involved in some initiatives around TCFD – we're just about to publish a guide for users, in collaboration with IEMA. I recently became chair of the London Climate Change Partnership, which has a particular focus on adaption, so I've become much more aware of those issues.

There aren't any silver bullets, but the insurance industry is incredibly influential and could definitely play a more proactive role in addressing climate change.

There's a lot of talk about divestment, and refusing to insure risks that aren't consistent with emissions targets, but I'd also like to see more thought going in to how the industry could support adaptation to climate change. It would be great to see new types of policy providing incentives for buildings and infrastructure to incorporate more adaptive measures.

Both. I don't know what will happen, and I veer between optimism and pessimism several times a day. But I do remain hopeful. And I'm convinced that it's worth making the effort to try and improve the situation. We can always make things better than they otherwise would have been – it's not all or nothing.

Lots of small things – it's a question of doing what I can, and not feeling too guilty about the things I find too difficult.

Over the last couple of years I've gradually reduced the amount of meat in my diet to the extent that I am now vegetarian. We installed solar cells on our roof, and generate a surprising amount of electricity even through the winter.

And it's been some years since I flew for a pleasure trip (rather than business). I walk, cycle and use public transport when possible. I'm currently working out how to use less stuff in my life – trying to reduce and reuse before treating recycling as a last resort.