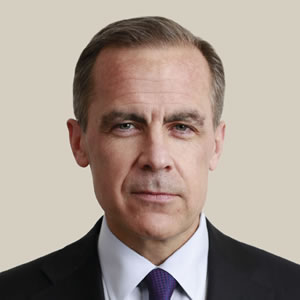 Mark Carney, former governor of the Bank of England, is possibly the least surprising person to be including in our list.

His 2015 speech delivered at Lloyd's of London, on "Breaking the tragedy of the horizon - climate change and financial stability" marked a major turning point for the insurance sector's action on climate.

Some insurers had done good work on climate up until this point. But here was one of the most senior regulators in the world spelling out - in no uncertain terms - that insurers will be expected to measure, report and manage climate risk.

As he said in the speech: "Once climate change becomes a defining issue for financial stability, it may already be too late".

Carney left the governor's role in 2020 but it is clear he is not leaving the climate issue alone.

He has been recruited by the UK government as a special advisor on climate finance and is expected to play a key role in the upcoming UN climate conference, COP 26.