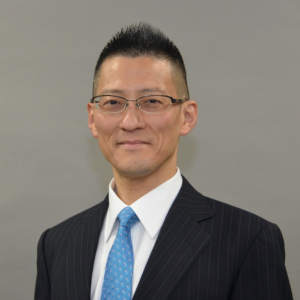 Masaaki Nagamura is general manager for international initiatives at Tokio Marine & Nichido Fire Insurance Co and a champion for climate action in Japan.

He has been in charge of initiatives related to disaster risks, climate change and sustainability issues at Tokio Marine since April 2018, after previously serving as division head of corporate social responsibility.

Among his many external roles, he served on the Task Force on Climate-related Financial Disclosures (TCFD) as a member between January 2016 and July 2017, and continues to promote TCFD implementation as a steering committee member of the TCFD Consortium of Japan.

He was deeply involved in developing the UN's Principles for Sustainable Insurance (PSI) and served as a PSI board member.

He has also sat on The Geneva Association's climate change and emerging environmental topics working group, since its formation in 2008.

It was back in 1999, when Tokio Marine started planting mangroves in the Asia-Pacific countries in response to climate change, that I recognised the importance of the issue.

Last year, we celebrated the 20th anniversary of the project, which had completed planting in approximately 11,240 hectares in nine countries (as of March 2020), capturing and storing 130,000 tonnes of CO2 annually (for fiscal 2019), and generating $1.2bn-worth of economic benefit to the local communities over the term. It is encouraging to see how a small project could evolve into a sizable operation.

I should also mention the Geneva Association's work on climate change, which originated in 2008. Having been involved in the work since its launch, the insights exchanged among the members have been inspirational to me.

As a former member of the TCFD and a steering committee member of the TCFD Consortium of Japan, I look forward to continue assisting the adoption of the TCFD recommendations among businesses in Japan. Thanks largely to the support from government, I am pleased to see Japan leading the world by the number of TCFD supporters.

Needless to mention, I take great pride in serving Tokio Marine which continues to play a leading role in combating the challenges brought about by climate change.

Despite the wealth of knowledge retained by the insurance industry, this fact is not well-understood by the key societal players.

In many instances, our ability to model, quantify and hedge risks – as well as making payments efficiently post-disaster – are not recognised as part of our standard skillsets.

As such, the industry should triple its efforts in helping key players, especially government officials, understand how the industry can be effective in countering the threat of climate change, while making the case for the economic benefit of insurance as an effective ex-ante financial protection for society.

Even though the pathways towards decarbonisation sound daunting, we should never give up hope. It is critical to generate a positive flow of investment to help accelerate the transition, and insurance can do more to help smooth the flow of investment by offering insurance to help reduce risks inherent in projects or activities that form part of the transition effort.

Instead of using taxis, I prefer taking trains or buses in my daily life, as well as during business travels, to reduce my carbon footprint.