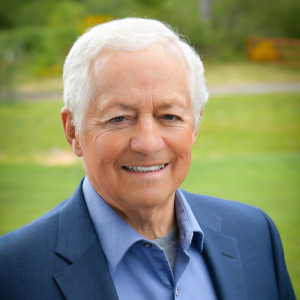 Taking action on climate is challenging in the febrile US political scene, but he has carried the torch for climate change for years and continues to lead regulatory efforts.

Since 2007, Commissioner Kreidler has chaired the National Association of Insurance Commissioners' Climate Risk and Resilience Work Group. He led a successful push for insurers to disclose if and how they are preparing for the potential risks associated with climate change.

In 2015, he joined the Paris Pledge for Action to limit global temperature rise to less than 2°C, and his office became a supporting institution for the UN Principles for Sustainable Insurance.

He has also joined the Sustainable Insurance Forum, a network of insurance supervisors and regulators working together to strengthen their response to relevant sustainability challenges.

I see it as a threat to the viability of the insurance industry, particularly the property and casualty industry, but also for the substantial investments that are held by life insurers.

Second, I'm not somebody who believes we're here for just microseconds as human beings on this planet and that's the only thing we have to worry about. We have to think about posterity. We have the opportunity to help guide what is taking place on this planet for countless generations to come.

At the state level, we are building a recommendation for the governor to create a resilience office within the state of Washington, to address how we mitigate risks and react to crises. We have assets at risk from earthquakes, hurricanes, flooding, hail, tornados and wildfires. We want to lessen the potential for disaster, but it's also about when they happen, how do we marshal our forces most effectively?

I have been fortunate in being able to have some influence on climate on a national basis. It has been a challenge under this administration because of its attitude towards climate change. This has really put pressure on the states to step up. Along with California and New York, we have been very engaged at the international level.

For over 10 years, a handful of states have been conducting an annual climate risk disclosure survey of the industry. I would like to see that shifted to align with the TCFD in the future.

I would like to see insurers move more aggressively away from carbon-based energy. Insurers should recognise they can't just hold onto their carbon-based investments: they might not have enough time, and they have a responsibility to humanity to push for change.

I am empathetic to those who work in the coal and gas industry. We need to do a great deal more to assist those people whose occupations are going to be affected. Training and education are going to play a critically important part and I think the insurance industry can assist in that.

I'm an optimist. The real question is will we do it in time? I don't believe we will, but we will do enough to slow climate change down and, over time, reverse the amount of carbon so there is stabilisation on this planet.

I have solar panels on the roof of my house. I drive a hybrid car and I'm looking forward to getting an electric car.