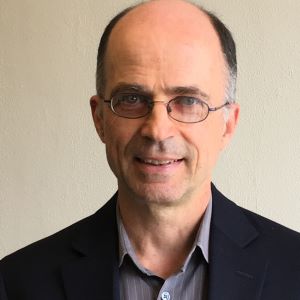 Peter Bosshard is director of the finance programme at The Sunrise Project, an NGO whose objective is to drive the transition from fossil fuels to renewable energy as fast as possible.

But he is better known to the insurance sector as the person who led and coordinated global NGOs in the Unfriend Coal campaign that seeks to "make coal uninsurable".

The campaign has had considerable success, with firms representing nearly 15% of global insurance premiums and almost half of reinsurance premiums pledging to withdraw from coal-related underwriting and investments.

That campaign was recently renamed Insure Our Future as part of its stepped-up effort to also eradicate insurers' exposure to the oil and gas sector. Bosshard remains at the helm and will continue his vigilance over insurers' response to the climate challenge.

I've worked at the intersection of finance, environment and human rights for my whole professional life. But the focus on climate change is more recent: it's the defining challenge of our generation and so we're all called to do whatever we can.

Three years ago I realised the insurance industry had really gotten a free ride so far. They recognised climate risks several decades ago and warned about climate risks, but were still fuelling climate change. They really had the responsibility to catch up – and luckily the process has started.

I oversee The Sunrise Project's whole finance programme but am still actively involved in the insurance campaign. On that, we want to get the laggards on board with coal: that includes most prominently Lloyd's in Europe, AIG in the US and then East Asian insurers.

But we also know it's not just coal that's the problem. The IPCC pathways tell us there is absolutely no space for new oil and gas projects, so we are communicating to the insurance industry that we expect them to also stop insuring new oil and gas production projects.

Take climate science seriously and act like our future depends on it - because it does! Decision-makers in the insurance industry shouldn't have to think 20 years from now that they could have done more to avoid unmanageable climate breakdown, but thought that others should act first.

The progress we have seen in insurers moving away from coal in three short years has been remarkable, and Covid-19 shows that we can act swiftly once we recognise what's at stake.

I'm optimistic about our ability to make a difference where we work and live. Speaking from the US, I'm more worried about whether our political processes are up to the task.

Avoiding climate breakdown primarily requires systemic change but aligning our personal lives with our beliefs is part of a well-rounded life and makes us credible as advocates for policy change. We rarely drive or fly, don't eat meat and raise our kids as environmentally conscious citizens and consumers.