Point of view: A challenge to longevity improvement assumptions

Mortality and longevity have been hot topics in the UK in recent weeks with the much-awaited release of the CMI's new mortality projection model. This follows the publication of research in the Journal of the Royal Society of Medicine into the reasons behind the 2015 surge in high-age mortality. Following the substantial mortality improvements seen in the decade leading up to 2011, progress has essentially stalled ever since.

Although we are not yet a quarter of the way through 2017, the deaths statistics published to end February by the Office for National Statistics provide an early indication of this year's experience: for all ages and both genders, deaths are around 9% up on 2016 but 4% down from 2015 (equivalent periods).

Results such as these call into question the wisdom of relying on past trends to try to predict the future.  It is becoming increasingly important to consider what is driving mortality, and how those drivers can reasonably be expected to change.

Dementia and Alzheimer's now the leading killer in the UK

Data released from the Office for National Statistics in November 2016, provide some insight into the cause of recent unexpected mortality trends in England and Wales. The analysis showed that deaths due to dementia and Alzheimer's disease have now replaced ischaemic heart disease as the leading cause of death in England and Wales, accounting for 11.6% of deaths in 2015 (see Table 1).

Over the last 15 years the rates of death from heart disease have halved. More recently we have seen a dramatic increase in deaths due to dementia and Alzheimer's, due in part to a better understanding of the disease (affecting diagnosis and death reporting), but also owing to people living longer and therefore being more susceptible as they reach older ages.

Underlying much of these statistics is diabetes, which has increased alarmingly in recent years, and is directly linked to heart disease. There is increasing acceptance also of a linkage between diabetes (or rather, the underlying condition of 'metabolic syndrome') and Alzheimer's, to the extent that Alzheimer's is sometimes referred to as 'type III' diabetes.

The 'health of the health service' is a major driver of longevity for the vast majority of the population, as all the main aspects of medical care – primary care, screening, pharmaceutical treatment, surgery – depend on suitable financing. However, in September 2016 the Office for Budget Responsibility projected that health spending would decrease in per-capita real terms by 0.9% (cumulative) over the four years 2016-2020. This contrasts with the previous 36-year period which saw real per-capita spending increase by a factor of approximately 3.3.

Financial pressure in the health service is being exacerbated by a number of causes, in addition to what actuaries might reasonably expect (for instance, medical treatment costs materially outstripping RPI, or the ever increasing strain from diabetes, which accounts for approximately one-tenth of health expenditure). These include cuts to local authority social care budgets (£4.6bn down since 2011), with knock-on effects on A&E and hospital services and PFI repayments on NHS / Foundation Trust debts, running at around £2bn annually.

The effect of such financial pressures has been brought to light in research published recently in the Journal of the Royal Society of Medicine1 regarding the causes for high 2015 mortality, which concluded that 'the evidence points to a major failure of the health system, possibly exacerbated by failings in social care' rather than particular problems with (for instance) flu vaccine.

Emerging mortality trends in the US

It is interesting to compare recent UK experience with that of the US. A report released in late 2016 by the Centers for Disease Control and Prevention announced that overall US mortality had increased in 2015 from 2014, the first such increase for around 20 years. The age-adjusted death rate increased by 1.2%, driven largely to increases in unintentional injuries (e.g. poisoning), Alzheimer's disease and deaths due to liver disease. Also, the improvement in age-adjusted deaths due to heart disease has slowed down and no longer provides enough cushion to offset deterioration from other diseases. Deaths directly attributable to diabetes have also increased although, of the main causes of death, Alzheimer's showed the largest relative increase with deaths up 16% from the previous year.

Longevity risk at a turning point 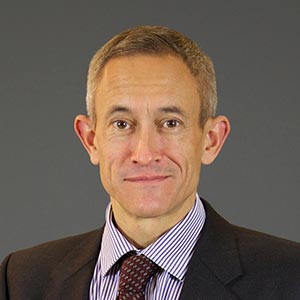 Speculation that the high mortality in 2015 was largely due to an ineffective flu vaccine is now accepted as wrong. With deaths in 2016 being over 5% above the average deaths from 2011 to 2014, the recent high mortality rates seem less of a blip and more like a turning point.

However, setting long-term assumptions based solely on data from the last few years would be extremely risky. For this reason, Willis Towers Watson developed PulseModel, a more forward-looking approach that allows for factors such as the rapid rise in obesity and diabetes, expected cuts to NHS funding, the lack of material smoking reductions in the elderly, and the minimal medical progress shown for many common conditions.

PulseModel uses medical science and the views of medical experts to determine future longevity trends, based on what is being seen across the main disease groups from a medical, lifestyle and healthcare perspective. Outputs from the model indicate that longevity improvements will be lower in future, for example averaging less than 1% in the 55-65 age range in contrast to typical current assumptions of over 1.5% improvements annually. This data reveals the underlying problem of relying on traditional approaches that are detached from medical and biological reality, leading to overpricing and over-reserving for annuities – to the ultimate cost of the policyholders.