Embedding the capital model in the business

Differing approaches to making the model an integral part of day-to-day business operations emerged at the recent InsuranceERM roundtable discussion, sponsored by Aon Benfield's ReMetrica. Also covered in this second part of our report are the constraints and limitations of models, as well as their governance and validation. 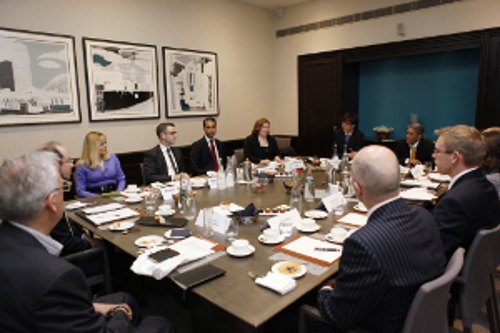 Cundy: What do you see as the key constraints on model use?

Shaw: The area where I have found it the most tricky to get the model into proper business use has been risk appetite.

Hitchcox: I think the other area is actually getting the buy‑in from the underwriters and the other people, which is the phase that we are going through right now. So we have hour‑long meetings with underwriters to show them exactly how this is to be used within the business.

Tait: Very often you are communicating the model to people who see this as an incredibly complex area. But on the other hand, you are actually as a practitioner very aware of what the limitations of the model are.

Cundy: What other things do you find limiting about models at the moment? 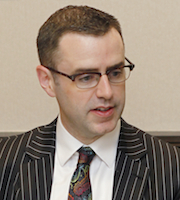 Burke: The speed at which the model runs will, in a sense, come off the critical path, if it is not off already.  It has been overtaken by the governance needed to get a decision made.  So it is more about having time to have all those discussions with people, rather than the fact that I can rerun my model again and again and have excess information.  It does reach a point where it only confuses the conversation further if you keep asking questions.  We seem to be almost at that point, I think.

Hitchcox: Martin makes an interesting point: you have to manage expectations of the model.

Toller: For example, board actions can include requests that may not give a useful answer; this can be for a range of reasons including parameter uncertainty or model limitations.

Skinner: We have a big capital model when we are looking at strategic decisions on our insurance model to decide what the implications of capital and risk on the final outcomes are.  But when we are looking at a specific business issue, we just narrow right down onto the one bit that you actually need to run and understand to feed into that tactical decision.

Cundy: So you have your big model and you have –

Cundy: Does anybody else do that?

Shaw: Increasingly, with a large model you are generally now focused on building reporting tools or extraction tools to make it useful for senior management.

We quite rightly say capital models are very complex -- they are -- a whole company in one place -- but you can also have models that are incredibly simple and which you can build in a spreadsheet in half an hour that ultimately that will tell you what you need to know as well.  We should not lose sight of that.

Ross: Setting aside the regulatory aspect, which is obviously very important, I actually think the capital part of the model is possibly the less important part.  I see the financial pricing part – if you like, putting everything into a common financial language and then using that for business decision making – as being a really crucial role that a capital model, like other models, can undertake.  Looking at different reinsurance strategies or different investment strategies is where real value can be added.

"Increasingly, with a large model you are generally now focused on building reporting tools or extraction tools to make it useful for senior management," Penny Shaw, Hiscox

Tait: You do not know all the questions that are going to be asked of you. But you can actually anticipate and provide a wealth of information from the model.

Cundy: So when you break down the big model into the individual models, then governance is key?

Skinner: We have chosen to hand it over to the end-user where possible.  The investment managers loved it when we created a slimmed-down version of the model that allowed them to take control, so they could play with different investment strategies themselves.  I have to check the final outputs from the work as part of my role, support them when something odd is coming out, and review it when the bigger decisions are being considered, but they now own it.

Toller: You must be creating a lot of work for yourself if you have to govern your main capital model and several smaller ones as well?

Skinner: It is more work, but the value added is so great. Five years ago, if people found the model did not reflect their risk profile, then it was the fault of the modelling team.  Now they are more engaged: their attitude is to improve the model so that it does reflect their risk profile and it means they own the problem themselves.  This has helped improve the model, and also increased the usage in one step.

"Five years ago, if people found the model did not reflect their risk profile, then it was the fault of the modelling team. Now they are more engaged," Justin Skinner, QBE

Cundy: Has model validation helped at all with getting people to have confidence in the model? 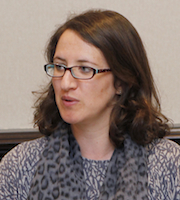 Moulton: I think you have to first define what you want validation to do.  The board's approach is a very bottom‑up audit‑type model that puts controls and processes in place.  So I think the question for validation is, who is it for?  What questions are you trying to answer?

Ross: I agree.  My board is not terribly interested in all the details of the bread and butter.  It expects somebody to make sure the right algorithms were used and that they work properly.  But what it wants to sit down with is not a 10-page report with all that granular detail, but something more top down, something that gives them confidence that it is a reasonable view of the risk profile of the business.

Noronha: It is the big picture, and validation is just codifying the questions that management would have already been asking.

Burke: The longer you spend, or the more people who are involved, adds to the buy‑in process and I think that is a really important part of validation.  It does not necessarily mean the numbers coming out are better, but it can mean that they are more widely understood in the business.

"Validation is just codifying the questions that management would have already been asking," Jason Noronha, Aon Global Risk Consulting

Embedding models in a business

Cundy: Are there any other strategies that people are using to get the model embedded in the business?

Skinner: About eight years ago, we decided to look at return on allocated capital, link it to bonuses and remunerate underwriters based on the return on equity they provided.  You just get the model embedded very quickly because it is affecting pay packets.

Shaw: A lot of European business, especially on the retail and somewhat on low-risk commercial side, is just not that volatile.  So a losses-focused capital model is not the best tool to really measure what is going on in that business.  You want to look at the expenses and what could go wrong.

Skinner: But capital models go beyond just underwriter risk.  Things like expense volatility, if that is the main risk in the class business, should be part of the capital model, otherwise you are missing half the risk and if you tried to use it to allocate capital, you would under‑allocate it.

Shaw: If the business is not that risky, you do not need to go for a hugely complex loss model.  I also absolutely agree there is no point giving very senior people a 200-page report.  They will justifiably switch off and they will not get what they need from it.

Skelding: So you end up writing two, as I have done in the past -- a big one and a small one.

Cundy: How often do the board and senior management receive training on these topics?

Skinner: We have a half-day workshop as part of the retraining for the board and risk committee at the moment – it's the third iteration of this since I have been at QBE.  It is hugely important, if only to reinforce the key messages and reinforce the use of the model. 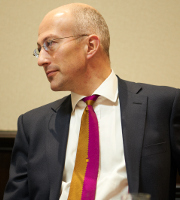 People say, 'We had training on this two years ago.'  But you need ongoing training to reinforce the messages, which can be complicated, and because things change.

Regulatory requirements on reports put before the board

Ross: A great deal of academic, esoteric thought has gone into Solvency II. I do not think there is a great deal of practical input.  The words 'materiality' and 'proportionality' are all over Solvency II, but the regulators do not always seem to want to recognise that.

So in the communication and training areas, I do not think we get to do what is most effective for our boards, because we are told that is not sufficient.  My board knows all about how certain aspects of the business run. I do not need to put that in the first 40 pages of my report, but I am told I have to.  So now I write two reports, a board one and a regulatory one.

Burke: If you are going to document your one-in-200-year capital position, I am not sure you should start by detailing the specification of your capital model.  You should start by considering what could go wrong in the business and then ask, 'How likely is that?'  You would build it up in a simpler way and think about how risks can be managed.

Part one of this roundtable discussion was posted on 5 June.

Reinsurers face $30bn Covid-19 hit to their capital base

"The Solvency II review is a Herculean task for regulators"

Retroactive BI cover needed to save US businesses, says legislator