How to obtain maximum value from internal models

In part two of this InsuranceERM / Willis Towers Watson roundtable, participants discuss their approaches to model usage, their ambitions for the model of the future and ways to improve model efficiency.

Chris Cundy: Beyond the areas we have already discussed, what other things are you doing with your models? I know many firms use their models for outwards reinsurance, for example.

Shireen Gammoh: We are going through our quinquennial parliamentary review of the financial parameters of the Flood Re scheme.

For example, if we look to change parameters like Flood Re's liability limit or levy 1, we would also need to assess the impact on the projected ceding behaviour to us. We would also need to test the frequency to assess whether we can set this at a dynamic level for everyone in the market, so that levels are set on fair basis, while still meeting our objective of securing a future of aﬀordable ﬂood insurance.

Alex Hindson: It sounds like you are literally setting your strategy using your model!

Paul Barrett: Asset allocation is certainly something we use the model for, and I think one of the strengths of the new model is it allows you to understand trade-offs between taking market risk and underwriting risk.

Where we use the model it does help with planning, and it helps you to draw up where the concentrations are. People like to chase what they think is successful, but we can tell them if they are over-concentrated.

We do use it quite a bit for reinsurance, and our reinsurance strategy has evolved because the model has been able to highlight those very big concentrations. 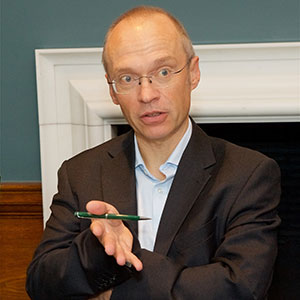 Rob Collinson: Do you use the model to allocate, and for what kind of things?

Paul Barrett: We are sort of doing ROE [return on equity] analysis; we are looking at what a breakeven combined ratio would be, and the capital consumption through each line. There are limitations, and you have your own assumptions about that. It feeds into the strategic planning and also our review of the business plan.

Rob Collinson: Allocation is one of those things that sounds fantastic but in practice is tricky, just from a stability point if nothing else.

Ankit Goyal: We go down to division level, rather than going back to the pure line of business, because that is where we feel we can help with a better allocation and not get spurious uncertainty.

However, there is interest in knowing about the performance of individual businesses, so rather than allocating a number, we are coming out with a range of what the return on capital would be based on a ranking. You can categorise a line of business into, say, red/amber/green, to give a picture of to the management about which lines which are making the right return, and which are not doing very well.

James Wright: The methodology you choose in the model to allocate capital has an enormous impact. We tried two methods – equally valid in my opinion – and they gave remarkably different numbers. It is inevitable you have to have some sort of subjective or political overlay. 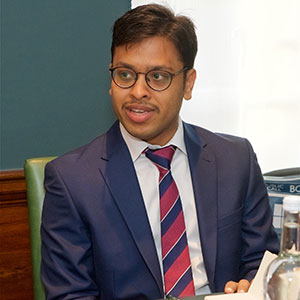 Rob Collinson: You do, but then I wonder, what is the model? From an allocation perspective it is absolutely aspirational, but what is it doing?

Ankit Goyal: It shows is the relativity. Even if you do not believe the number exactly, if you look at how things are moving, that will give you an idea of what is really good.

Rob Collinson: To what extent are the models used to support decisions?

Ankit Goyal: Quite a lot: in M&A, new lines of businesses and reinsurance purchases. The management does want to see how these decisions affect capital and profitability.

Shireen Gammoh: I have seen internal models used to develop a dynamic inward cat pricing tool that is used to calculate the cost of capital for writing a new cat account, and reflect that within the pricing.

Model of the future

Chris Cundy: What are your ambitions for the model of the future?

James Wright: One of the ambitions of our management is to make the models more granular to the point where we can drill down to the policy level. Is technology going to let us do that?

Rob Collinson: I think the technology is fine, but the maths runs out. 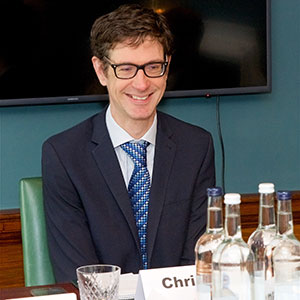 James Wright: That is one of the problems we have had: you become so reliant on correlations that I think everything just gets spurious.

Rob Collinson: If we could reinvent capital modelling again, maybe it would be more based around a pricing-type approach?

Julien Masselot: You might lose some credibility by having a capital model with too much granularity. Also, the assumptions regarding correlations will be far less credible.

Paul Barrett: Are we hitting 'peak model' then?! Being more serious, our aspirations are focused on the maturity part of it: trying to get a wider population of people who feel comfortable in what the model is, what it does and what its limitations are.

Alex Hindson: You are talking about communicating and we need to recognise that every level of the business needs a different presentation or output. That means more work outside of the model to prepare, present, sell, explain and coach. It is no longer really about the model; it is about providing useful insights.

Rob Collinson: Having enough insight and bravery to say, 'The model is not telling you anything about this, but here is what it can say,' is important. Models on the whole are strategic; they are not tactical models.

Julien Masselot: We should be frank with board members as well, so that is why it is good for the board to see there is a big picture, to have dashboards, etc. Then we can drill down with specific board members, depending on their focus, having kind of 'coaching sessions'.

Alex Hindson: The challenge is freeing up the time to do this. When you look into it, it is actually sobering to see how little time you have left for providing insights, once everything else you have to do it completed.

Rob Collinson: To what extent do you think the problem is in your processes?

Alex Hindson: There is a lot of complexity that has been created for us by moving from ICAS to an approved Solvency 2 internal model. Significant effort is tied up in maintaining the approval in terms of documentation and validation, beyond what a business could justify to itself.

Chris Cundy: What can be done to reduce the costs of running internal models, or improve the efficiency of the modelling team?

Paul Barrett: Validation has become the latest Klondike - it is almost a conspiracy between the regulators and the professional services firms. I also think there needs to be a much more sensible use of incremental validation. We don't need a first-principles validation every year.

Gavin Hill: Many validations are more like an internal audit that looks at everything and asks, 'Do we do it or not,' which quite frankly is as useful as a chocolate teapot. Only a handful of firms are asking, 'Do we do it well enough? Are we doing the right thing here?'

Rob Collinson: Validation really should not be an audit at all; it should be insight-giving, not box-ticking.

Paul Barrett: However, that is what they [the regulator] want. They want to see that each one of the 300 tests have been done and they want somebody independent to do it. The major model change process is also over-engineered - it is 90% of an IMAP.

Chris Cundy: Is it so onerous it would stop you from making model changes?

Ankit Goyal: It is onerous, but that does not mean we are trying to stop doing it, because we believe that we need to do it. However, takes away a lot of time, resources and effort in proving something which should not take that much time. 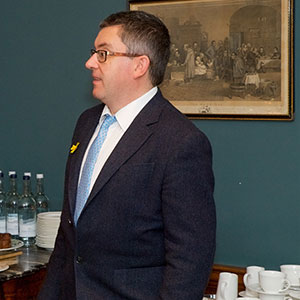 James Wright: In the Lloyds market, it's not as bad as another IMAP. We do try and avoid major model changes if we can because they are more work than you would want, but it does not put us off doing them at all.

Julien Masselot: Sometimes a major model change does not have to be too complicated if you explain properly what is changing (and what is not) in the model and have a very pragmatic view from the regulator. Our three major model changes in the last three years have not been as time-consuming as the initial IMAP.

Gavin Hill: We have seen firms have different experiences of model change reviews. Our advice would be to always engage with your core supervisory team before committing to any particular course of action, including model changes and whether they might be major or minor. They may be able to provide insights that help to take the pain out of any subsequent review.

Part one of this roundtable, which discusses how internal models have moved from being regulatory capital tools to become an essential part of decision-making, can be found here