Internal models: from the wings to centre stage

Internal models have moved from being regulatory capital tools to become an essential part of decision-making. In part one of this InsuranceERM / Willis Towers Watson roundtable, participants explain what internal models have delivered, the importance of communication with the board and how models can cope with change

Has your internal model delivered everything you had hoped?

Ankit Goyal: I do not think I will ever be able to say that it has achieved everything I had hoped for, as it is a continuous process. However, what I can see in the last few years is that it has moved on from being a regulatory model to one that has found a place in impacting the business. 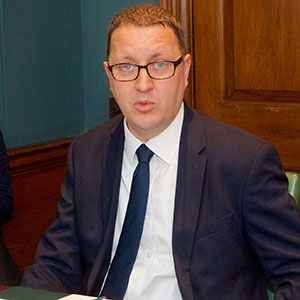 Our business is interested in analysing the outputs from the model, and these results are sparking more questions. Overall, we are using our internal model more compared to three years ago. So, in that respect, it is achieving some of the objectives. However, there is still more work to be done.

James Wright: When we were building our models five or six years ago, we never thought some of the old-fashioned Lloyd's underwriters would buy into the work we were doing. However, as the models gain credibility, people see the value of them more and more. You get more model use and then more improvements through the model.

Alex Hindson: Have you actually written down what you want from the model? What is the purpose of the model, what is the mission for the modelling team? Has the executive matched it with the resources needed?

Rob Collinson: Do you think the executive know what questions it is reasonable to ask of the model?

Alex Hindson: A two-way education process is really necessary. We started by channelling information that we felt they needed to know to evidence regulatory requirements were being met. However, we have now progressed to the point where they have started to ask more questions. We have had to teach them how to utilise the model.

Julien Masselot: It is important to identify the limitations of the model and why sometimes you cannot use the model.

It may mean that you need to make some improvements to the model in order to target specific uses, if these are required by senior management. That communication with the board is very important: understanding that the model is a tool built for a specific purpose, however if you want to make it useful for other targets, you might have to change some of its functionalities. 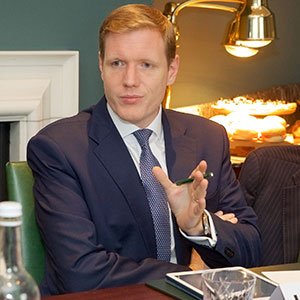 Rob Collinson: Is there a cultural point? Do you think the board and decision-makers seek input from the model?

Julien Masselot: I have seen a shift. Initially, it was seen as 'let's have this model to understand capital'. Now it's 'a nice existing tool that can also be used to make further business decisions'.

Alex Hindson: Internal models have moved from being an afterthought to being at the centre of everything we do. What changed that for us was getting the capital allocation to work effectively.

When we look at a major new reinsurance deal, or a merger and acquisition, we want to know what the return on capital is, whether that is improving return on equity or diluting it.

Christopher Cundy: Are you able to use the model to choose the best decision for the business?

Alex Hindson: Models can answer specific questions that you ask; optimisation is a little harder.

Rob Collinson: I always think optimisation: fantastic, it gives you a thousand options, all of which are lovely, but none which you can actually do. However, a model is great for saying, 'here are the lists of realistic things that I can do. Which ones are better?' I guess the interesting modelling question is, 'What do I mean by better?'

How good is the model in being able to do that? Also, if you think about it from a re/insurance accounting point of view, our profit is accounted on an IFRS basis, while our capital requirements are assessed on a SII basis

Rob Collinson: You are back down the lower percentiles of the distribution at that point, so it is not just capital? 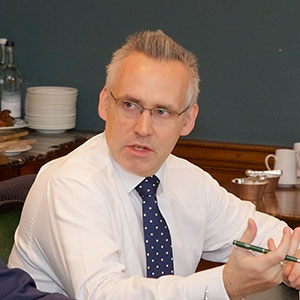 Shireen Gammoh: Yes, it's is all about maximising that P&L number on an IFRS basis. That is what we eventually account our profit on, that is what the shareholders want to see as well.

Paul Barrett: Rob made an important point about looking at the distribution. One of the things that has changed since we moved into Solvency II is more visibility for other return period points.

We look at a range of return periods. One-in-seven is quite an interesting point, because it is a human time period most people can envisage. Most reasonably long-serving executives will be in-post for seven years.

The important thing with the model is, we have at our disposal now a huge amount more data and complexity. The challenge is to make it simple and to make it resonate. For us, using the different return periods has been an important one.

Alex Hindson: We have been encouraged by regulations to calibrate the model at 1-in-200 years, it is probably less good at 1,000 and maybe less good at 20. I think all of us are trying to look in the 5 to 20-year period, but have our models been set up to be reliable enough?

Shireen Gammoh: Agreed, and also we need to bear in mind the differences in the accounting basis when using the model to assess the profitability of business decisions through the internal model at various return periods. The model should also have the capability to produce the distribution of profit on an IFRS basis, or provide a bridge to it.

Also, you need to make sure your model is calibrated appropriately at those return periods.

James Wright: I would agree with that at a class level, but when you are looking at the aggregate, correlations matter so much. There is a massive uncertainty there, and they have such a big influence on the results.

Rob Collinson: I guess the fundamental piece is that it has to come back to your business plan, so that is your rock at that point.

Rob Collinson: That is an internal political issue rather than a model issue, though.

Paul Barrett: This is where you have to have some very robust conversations. There is perhaps a question you can never fully resolve about what you might call 'management stretch'. You are presenting a business plan that is supposed to be the mean, and then when you look back at three of the last four years, you have actually landed on something between a 1-in-5 and 1-in-10. How do you document that stretch?

Rob Collinson: Models under the business plan really have to be your absolute best estimate with no spin, otherwise the model becomes a political tool. You do not want the stretched business plan, you want your, 'Actually, without any bias at all, this is what I think.' 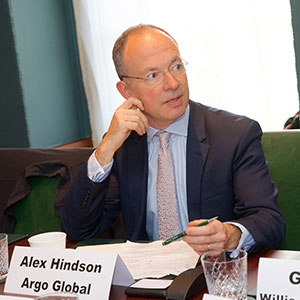 Julien Masselot: Understanding what the goals are is a big topic for us. We are going from saying, 'You must plan for a profitable business', for business planning to, 'You have to be realistic and no matter how profitable it is, is this plan realistic and achievable?' That is what you have to have in your capital model.

That is why there is now this difference between the business plan that you go with, that has a more long-term perspective: it says, 'this is what we are planning to achieve in the next five years, because there are some actions that we are not going to be able to validate in the next 12 months.'

It is the credibility that you give to these actions, first and foremost, that cannot be taken into account when doing capital modelling, because when the validation hits, you will find issues with the way that you have set your plan for the following year as you will not be able to dissociate the effect of the actions versus usual business volatility.

Rob Collinson: I guess the point of capital, at least from a regulatory perspective, is that it is supposed to be a realistic view, not aspirational.

Shireen Gammoh: What would you do when your business plan gets approved with Lloyd's around September-June? Then, a big US hurricane hits sometime between September and December, impacting the projected inward business volumes that will be written in the following year (and reserve risk), and you are basically about to use the internal model, to support the business decisions for 1/1 reinsurance renewals. What is your view?

Ankit Goyal: In that case, you would really reason with your plan, based on the latest market environment and the rate assumptions, and look at what the capital impact is. If the impact on the plan or capital is material, then yes, the business plan should be revised and resubmitted to the regulators along with any changes in the capital requirements.

Julien Masselot: You cannot say that your reserves are perfect when you set them, despite calling them 'best estimate'; you have the best estimate, but the reserves will be moving up and down by normal business as well.

Alex Hindson: We actually reforecast the SCR quarterly, as part of our ongoing ORSA process, and we describe the changing risk drivers within our quarterly ORSA report to the risk committee, so they can see the impact of any material variables.

Julien Masselot: We moved away from re-assessing our capital position on a quarterly basis about two years ago, because we think we are getting a lot more value from putting more priority on sensitivity tests and knowing if some scenarios were to happen, what would be the impact on our capital requirement.

Gavin Hill: A lot of the perspectives I am hearing around the table, if I thought about it in terms of a model maturity curve, are far towards the right-hand end. There are many firms out there who would not be able to engage with the points you are raising.

However, I think that understanding the sensitivities is a really interesting point. I saw a firm's dashboard recently where they had done all of their sensitivity tests, but most of them were then presented graphically. It was almost as if, if a pound of this thing happens, how much of that pound hits the bottom line? Is it hitting you because of a volatility thing, or a pound/profit thing? Straightaway, those are presented graphically, so it is very easy to understand and engage with.

Part two will be published soon