Managing risk in a commercial context

Risk management teams are taking on greater responsibility and having more commercial input, but what does this mean for organisational structures? And should risk always dance to the beat of the business? European risk leaders discuss these and other questions in the first part of this InsuranceERM and SunGard roundtable.

Chris Cundy: How have you seen the risk function and the actuarial function change - and become more commercial?

Michel Dacorogna: The big change came with economic valuation and risk assessment. The day this happened, the question of profitability of the business became linked to risk, and this makes risk management much more businesslike. I see more and more the job of a risk manager to be an optimiser, an enabler of doing better business.

Ruslana Strunden: Ten years ago, actuaries, underwriters and risk people were all separated. Everything changed with the solvency tests and enterprise risk management, which encouraged more communication between people and between departments. Nowadays, actuaries are the ones talking to each department. 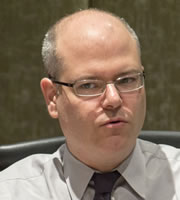 Dominic Rau: Reserving actuaries are now effectively business managers. They are working on external run-off transactions and portfolio transfers; they are involved in the business. It is however very important to maintain the right level of independent actuarial control and oversight.

Patricio Verdieri: There is definitely a baseline of activities as a risk manager or an actuary that has just expanded. What I see as getting more real now is the restriction on the level of capital that we have. We need to know where we get better return out of the risk.

I think both actuaries and risk managers can support this decision-making process and give some of the answers to questions like how do we survive in an environment with a prolonged low interest rate? What kind of products can we still maintain? How do we price them?

"There is definitely a baseline of activities as a risk manager or an actuary that has just expanded." Patricio Verdieri, Zurich Life

Stuart Shepley: At the strategic level, it is all about informed decision-making, and there is no doubt that the level of sophistication an organisation must have is higher than it used to be. In part, it is for the themes that Michel mentions. There is also the regulatory expectation that you are able to articulate why you took a certain decision.

That does not necessarily mean the actuary is the central character as the risk professional. Other professionals that can adopt that role, and actuaries need to develop and show what they can do in that space.

Working across the group

William Diffey: A big organisational challenge is execution risk in getting actuaries and risk managers to work effectively, as they may not all sit in one function. Adding commercial weight to the business is hard when actuarial functions are not closely aligned to the commercial function. Speaking the right language and having the right tools to produce model-based metrics to inform underwriting and pricing decisions is key.

Pricing and underwriting teams are typically miles ahead of the rest of the business in responding to day-by-day market trends.  Capital modelling and reserving people often play endless catch-up with the front office. Better systems and data analytics have to be the answer.

Dominic Rau: A really big challenge in the risk function is the width you have to cover. In my team I need actuaries so that they can discuss eye-to-eye with the reserving actuaries to understand and challenge the results. On the other hand, reinsurance is also creating value through capital management, so I also need people in my team with treasury experience.

Michel Dacorogna: The problem of informed decision – what you were saying, Stuart – is what we see more and more. It used to be more social network driven; now it is becoming information driven and that needs not only quantitative skills but also communication skills. 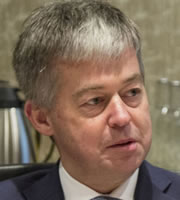 Michel Dacorogna: Our job has come from writing reports with lots of numbers to making presentations to the board. Trying to explain to a board of directors which risk measure we should use for allocation of capital is not an easy task.

Stuart Shepley: But how do you make sure that the benefits of the wisdom and the analysis that these people can produce is actually brought to the table when the decisions are taken? And whether it is Brazil, North America or Australia, you want at least a common framework and level of quality as to how decisions are taken.

"There is an increasing need to collaborate and share that information as decisions are taken." Stuart Shepley, Zurich

Patricio Verdieri: There is also a bit of a translation layer that is sometimes missing. If you look into capital models, they have sometimes been built for their own sake and not really with the mind-set 'I need to build the model to enable decision making.' Risk people or actuaries need to be able to translate sophisticated model outputs into business implications.

The CRO and the Chief Actuary

Ruslana Strunden: Nowadays, I do not see a very big difference between the two roles of the CRO and chief actuary. To me, these two roles have overlapped to a large extent.

Dominic Rau: 'Actuary' has really become a skill profile rather than a job description.

Michel Dacorogna: Yes. In the past, the chief actuary or the actuaries reported to the CFO, which organisationally was wrong because the CFO is responsible for the capital and the persons who determine how much capital the company needs are the actuaries.

"The role of a unique chief actuary of the company has disappeared in our organisation." Michel Dacorogna, Scor

Chris Cundy: Stuart, you are the only one with the title of 'chief actuary' here. Would you like to comment?

Stuart Shepley: The business, the finance function and the risk function are sort of a three-legged stool. As a competence leader, I am looking to make sure that each of those three business processes have enough of the right 'actuarial DNA'. Whether there is a chief actuary or not, is not really that important.

One of the solutions could be that the actuarial function, in five or 10 years, becomes a recognised function in the same way that claims and finance are today – and hence a peer function that most businesses have; or it could mean that the role profile, the skill set and the competence of the people in the more traditional recognised areas have more of the sophisticated actuarial and related skill sets. Both are fine.

Stuart Shepley: One aspect of becoming more commercial is improving the speed to react to decisions that were not optimal. You have got to correct things much quicker now than you ever did.

Dominic Rau: Very often, you find people in the organisation who see mistakes pretty early.  The challenge is to make that surface without overreacting to every little worry. 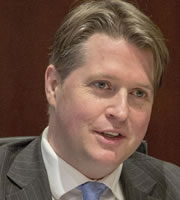 William Diffey: There are typically two types of mistake. One is the technical oversight or model deficiency within a risk or pricing model. These technical mistakes happen far too frequently. Then you have business mistakes based on erroneous data, or decisions that just turn out to be wrong.

The two mistake types are linked. The executive finds it hard to make informed decisions if it lacks good quality modelling systems and controls underpinning information coming to it, but it needs to be able to react fast to changing developments.

Patricio Verdieri: If I compare the pricing or product development side with the capital management side, I see a difference, because on the pricing side our actuaries can support the process on a much more timely basis. If I look into our capital model, it takes too long until we have the numbers, so how can I advise my management team on strategic decisions, basing that on capital considerations, if my figures are outdated? We need timely information with which we can really support the steering of the business.

Michel Dacorogna: May I challenge that? I had this discussion with our CEO, who dreams of a real-time system where, every time you do something, the capital changes. I think it makes sense to have a model that is a bit 'stiff'. That does not mean that you should not get an answer very quickly from this model, but do not change it too often. Otherwise, chances are high that the users will play the system to get the answer they want, simply by waiting for an incidentally good conjunction of the portfolio.

"The speed of update has to be in a sound relationship with how much optionality you have and on what timelines these options can be executed." Dominic Rau, Swiss Re

Dominic Rau: The speed of update has to be in a sound relationship with how much optionality you have and on what timelines these options can be executed. I think for an investment portfolio, it may be more important to have a daily report and potentially even be able to run it through your capital model. For reserves that get updated once per quarter, it probably does not help much if you do reserve modelling more frequently than you get the data.

Michel Dacorogna: We have developed a system to get an answer from the capital model for business decisions, for a pricing tool, very quickly. When the CEO wants to start business somewhere, he wants to know how much capital he will need for that. We can give those answers, though they might not be very precise.

William Diffey: But then the CEO or CFO will come up to you and say, 'Great. I have got this capital model. Okay, what results does it give me to reflect the Greek exit from the euro?' 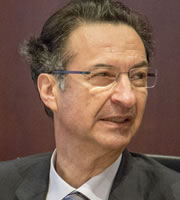 Michel Dacorogna: Building a reasonable scenario for the future of one of these possible events is extremely difficult, and the agreement among the top management on what it means is also difficult to reach.

Patricio Verdieri: Sometimes, these discussions are even more important than the figure the model delivers, because it is a number and that does not drive any business decision.

Stuart Shepley: That is the risk function at its best: promoting that discussion, with some underpinning analysis from scenarios, modelling and capital, at the board level.

Dominic Rau: I couldn't agree more. For good scenarios, it usually takes longer to get an agreement on what a scenario actually means than to run the model. What would a Greek exit mean for spreads? Which instruments would default? Once you have the scenario, running it should be a technicality. Flexibility and speed is often more important here than precision.

This also tells us where the software buying decision comes in. Basically, it is on the level of the teams that are really using the software. It is not the board asking for a fully integrated system – they need an informed discussion.

Part 2 can be read here.

US business interruption legislation could wipe out half of insurers' capital

Retroactive BI cover needed to save US businesses, says legislator