With more than a year's experience under their belts, insurers learned much about the approvals process, ongoing maintenance and future development of internal models. In part one this roundtable, held in conjunction with EY and the Institute of Risk Management's Internal Model Industry Forum, model experts at UK insurers discuss their experiences with applications, calibrations and model change processes

Chris Cundy: What would be your number one recommendation to firms thinking about going through the internal model application process? 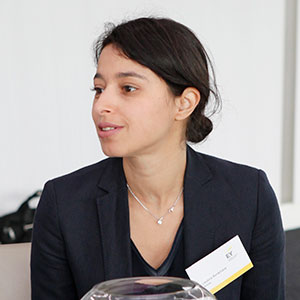 number one priority is engagement with the Prudential Regulation Authority (PRA). It is continuous, relentless; you have to stay positive and smile even when things get difficult.

Stewart Gray: You also have to hold your line with the PRA. Your approved model may have features that do not reflect your own view, so it's important to maintain your own economic capital model in the background. The PRA are challenging and they can differentiate between a firm that is trying to game a lower answer from a firm that has a view based on evidence and judgement about a particular characteristic of the model.

Loubna Benkirane: If there is a college of supervisors, there is a greater need for engagement; it is very important not to underestimate this, as they may have divergent opinions and this has to be managed carefully.

Jim Collins: Ideally, by the time the application goes in, you will be pretty confident you are going to get it. You need to have had all the discussions, answered the questions and settled the arguments well in advance.

"Ideally, by the time the application goes in, you will be pretty confident you are going to get it." Jim Collins, PIC

James Tufts:  Has there been a better outcome because you have raised your game? 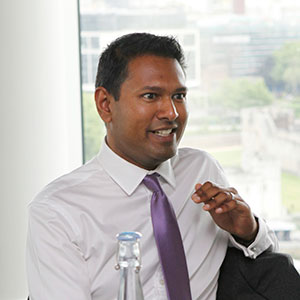 Nimol Rajkumar: The jury is still out on that one but we are engaging with our board much more heavily on technical content. I don't think they ever thought they would need to get involved with things like different copula approaches.

Perry Thomas: There is a major issue, begging the question: do you have to be an actuary or a statistician to get on a board nowadays? It is getting to a ridiculous level. Do you really expect your board members to understand the difference between Gaussian and T-copulas?

Nimol Rajkumar: In reality, no, but I think boards are feeling a bit exposed on this because the PRA, in their approval letters, pointed directly at the level of validation that our board had done and were asking questions.

Chris Cundy: Where you needed to make compromises to your calibrations to achieve approval, have you sought to revisit these with the PRA? Have you had any success?

Ian Collins: We had one specific area of compromise in our calibration as part of our original application and the PRA have engaged proactively, and subsequently we have been having discussions relating to additional validation work. We are yet to formally revisit this calibration and in part this is due to not knowing clearly the detail of objections to our proposed approach.

Philip Whittingham: There are always questions from the regulator around why, for example, your correlation relationships are different to what is in the standard formula. The frustration is that we have no insight into the data they have used and the expert judgements they have made.

Stewart Gray: The regulator does to an extent determine the capital requirements, and provided you have established your own view, the opportunity may come round again for revision. We can have a conversation with them and, when they consider the calibration a little bit more, they may recognise that benchmarking can cause firms to converge on a particular calibration which may not necessarily be appropriate for all firms.

Chris Cundy: Has anybody had concrete examples of success so far in changing calibrations?

Chris Cundy: Were they successful and in your favour?

Perry Thomas: Define success? Not in terms of capital reduction from the initial model, but  understandably, we can go through and benchmark ourselves with our consultants and there will be areas where whatever we put through in the first model is probably not as we would have liked.

Stewart Gray: An element of prudence occurs naturally in the internal model application process. The PRA have said they do not want to see firms putting forward proposals that are systematically reducing capital, but you have to expect that because, as we learn more about the model, opportunities will arise to remove prudence that was necessary in the pre-application process in order to reach agreement. So, I would expect that you would see model changes leading in the near term to lower capital requirements, but the PRA will be nervous about model drift.

Loubna Benkirane: Some of the changes are driven by regulator feedback, so it is not only changes that we are making to the model, but also what the PRA or college of supervisors are proposing.

James Tufts: Knowing what you know now, are you happy with your model change policy and process? If you had your time again, would you make some alterations?

Nimol Rajkumar: Over this last year we have had to upgrade it, to recognise some specific checkpoints along the way, because we have found some of the material going into that application was not at the right standard.

"The industry needs to work with the regulatory community to allow more expeditious changes to models in unusual circumstances." Philip Whittington, XL Catlin

Philip Whittingham: To my mind there are ways to improve the model change approval process.  If a large, given event, like that portrayed in the Market Turning Event exercise, results in very significant losses across the industry, insurers need to revisit their models and may decide that they were understating the required capital because they underestimated the given event in the models. So, you would be in a strange situation that you know your capital requirement should be higher but you have to go through a six to nine-month process with the regulator to agree the number.

Ideally, the industry needs to work with the regulatory community to allow more expeditious changes to models in such unusual circumstances so that the models can reflect the best view at the time. 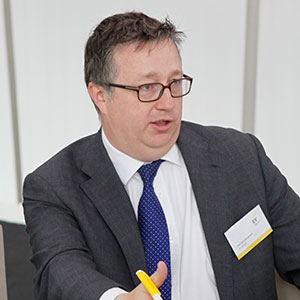 hich is challenging if you already have a major model change underway, because that is your one opportunity for the year. So, your economic capital model has to be maintained to recognise changes in your risk profile.

James Tufts: There is such a lot of change going on whether it is cyber, economics, politics; you would feel that your model is going to be quite out of date relative to the data that you now have.

Callum Tanner: Chris Moulder, the ex-head of general insurance at the Bank of England has said the PRA would look to capital add-ons instead of an immediate internal model change approval after a major event. Do you see that as a very crude way of doing things?

Perry Thomas: It could be seen as playing with semantics. If it comes out in the numbers it encumbers real capital, so then to hear the argument, 'an out of model adjustment is not in the model, you just have to hold more capital,' would be odd.

If a firm's model did not allow for negative interest rates after June last year it probably had to make an adjustment. Such an adjustment might not have added much capital and been assessed internally as minor, but seen as major as it changed a key limitation of the model. If it was constructed as an out of model adjustment or capital add-on then would it go through the same process and governance?

Loubna Benkirane: But you would still need to do a major model change to remove the add-on. And in some cases, it is much more difficult to remove an add-on afterwards than just to make sure that your calibration fits.