In part two this roundtable on internal models – held in conjunction with EY and the Institute of Risk Management's Internal Model Industry Forum – model experts at UK insurers discuss bringing value to the business and whether, in retrospect, it was worth all the pain

James Tufts: Do you believe firms have the right skills in the risk function to do the necessary work?

Stewart Gray: With illiquid assets coming on the balance sheet, the question I have asked is does my team have all the skills necessary to understand the risk exposures? Unlikely in all circumstances, but do they have the skills to be able to understand the statistics in the model? 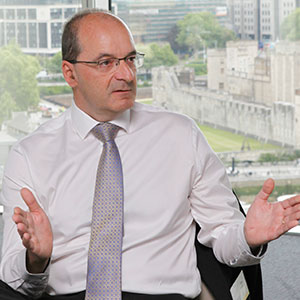 Yes. So there is a gap there. We are likely to draw on external independent expertise to assist in such circumstances.

Loubna Benkirane: There is a big assumption that models will be more stable in the future anyway, and so validation will be important but won't require as many people as when we did the initial internal model application.

Chris Cundy: In terms of overheads for your internal model, are you expecting them to decrease overtime, stay steady or increase?

Stewart Gray: Material changes in the risk profile like those that can arise via M&A will give rise to lumpy costs. I do not think we will ever have a steady state. Take driverless vehicles, for example, this will change the nature of a general insurer's risk profile. The first and second line teams of today might not have the skills for that; you might need more lawyers than actuaries.

Ian Collins: We also have a situation where our own economic view has increasingly diverged since the IMAP approval. The differences between our economic capital in the ORSA and the actual Solvency II basis, adds a whole raft of complexity in terms of running and analysing the business effectively with two increasingly disparate bases.  I cannot see that improving in the short term.

Value to the business

Chris Cundy: Obviously, models were intended to be actively used. How much value does the model bring to your business? And how has that changed since the approval has been gained?

Philip Whittingham: At end of the day, senior management and the board are seeking high quality information to make a decision. They have an interest in the provenance, but that interest is very much around, 'have we go robust processes for producing this information?'. They do not necessarily want to know whether that piece has come from the internal model or not. 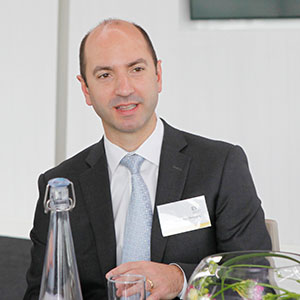 all the other aspects of Solvency II and how they interact. The whole Solvency II balance sheet is now much better understood around the organisation.

Ian Collins: The board gets to see how well the model has performed quite frequently. They are building up a sense of confidence around where the models sits in terms of plausibility and accuracy.

Chris Cundy: Has the model changed the pace of business development in your organisation? Has it slowed things down?

Perry Thomas: It has informed a hell of a lot; it can provide a common language in which to speak about issues or developments. If everybody gets on the same page because of the things we learn from the internal models, then developments will go through much quicker, particularly on the credit side.

Alberto van Rensburg: We have definitely seen our investment team make decisions based on different functions' view of the business and in different ways based on where they want to go with the investment portfolio. At the moment, any big change to that portfolio is discussed with the internal model team first and run through scenario testing.

Chris Cundy: So, having been through the process of getting a model approved and running one in practice, if you were to go back five years, would you go through it again or would you look to use the standard formula?

Stewart Gray: We would go through it again, but in a different way. The firm has spent a lot of money trying to develop methodologies, processes and tools to a schedule determined by the regulator. I remember when I was programme director of Solvency II at 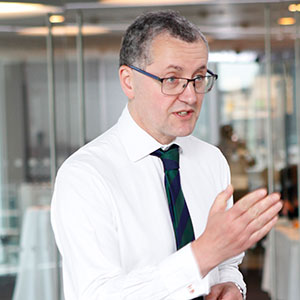 Standard Life, I came under a lot of pressure from the regulator to choose a proxy model almost four years before we made our application but we weren't ready at that stage to make such a choice. The pressure was unhelpful and led to costs that with the benefit of hindsight were unnecessary.

Neal Writer: If you go back six or seven years, the PRA were almost encouraging firms to go down the internal model route. At one stage 140 firms were planning to go for one. Then very quickly it was 100, and then it was 60, and it gradually went down month by month as firms were whittled down. Then the rating agencies would also say, 'No, in actual fact, we expect you to do it. You may delay for another year or 18 months, but we still expect you to do it eventually'

Philip Whittingham: My concern is the other way around. If you look at what has happened under Basel in the banking world around operational risk with the standardised measurement approach coming in, they have taken firms' freedom to develop their own model away. Within market risk, they are reducing flexibility around internal models again because they are not getting what they expected. The worry is that regulators will look at the insurance segment and come to similar conclusions and remove that tool. Since the industry has invested so much in models that we believe in, my concern is that the regulators phase them out to a more prescribed approach.

Chris Cundy: Do you think there should be any changes to the IMAP process itself?

David Innes: The PRA needs to avoid scrutinising the same part of the model multiple times. That should help going forward because they now have more experience reviewing models and so should understand individual modules better. 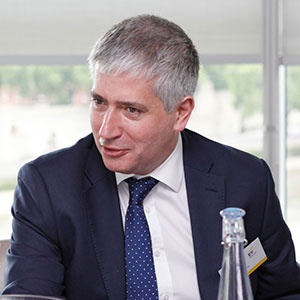 We need to make sure that bureaucracy is reduced. At the moment, there are quite a number of processes that take a lot of time but they are not efficient, so I think there is a need to recognise what should be enhanced. Take the example of the Common Application Package (CAP); I'm not sure if this tool is been used by the regulators and it requires a lot of effort.

James Tufts: If you speak to firms going through the second wave of internal model calculations, they are not finding it that much quicker; it is a bit quicker but obviously the PRA is still learning to use feedback, and of course, it has a lot of other distractions right now, with Brexit and so forth.

What underlines a lot of this is the regulator's own resourcing inability. That is having an impact on their engagement with firms going through IMAP. So, I agree it should be more streamlined.

Nimol Rajkumar: There is also the six-month window the PRA insists on for internal model changes; you have to wonder why that is required if the point is to thrash out all of the issues in a pre-application phase? I suppose if we were discussing this with the PRA, that would be something I would suggest.

Read part one of this roundtable here